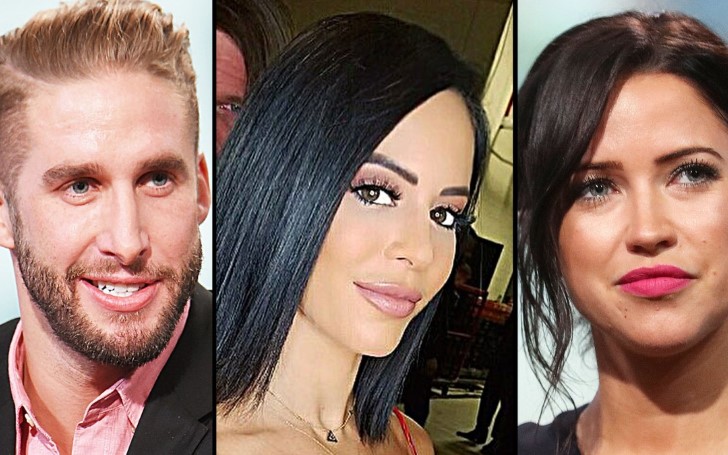 Shawn Booth who only split from his ex-fiance, Kaitlyn Bristowe in November is revealed to have found a new love interest. Sources are stating that Shawn is currently seeing WWE announcer Charly Arnolt.

Shawn who is currently 31, was spotted with Charly who is also 31 at the Strong New York fitness event at SolaceOpens, a New Window gym in NYC. Basically, the event is a big get together that brings the biggest fitness trainers and health influencers across the country together.

How I’m feeling after such a wonderful Thanksgiving! Thank you to everyone who made me feel like a part of their family yesterday! 🤗🦃 . . . . . . #thanksgiving #thankful #blackfriday #thanks #friends #family #wwe #espn #nyc #newyork @gucci @hermes @frenchconnectionus @frenchconnection_official

As a matter of fact, Shawn is professionally a fitness trainer, whereas his new love partner Charly is a WWE host. According to the US Weekly, the new couple was spotted in the day on a flight to Nashville after having brunch with their friends after the event. As per the eyewitnesses, the two seemed very cozy and close together to be just friends.

You May Also Like: Karl Stefanovic and Jasmine Yarbrough Tied The Knot in Cabo, Mexico on Saturday

Hey New York! One week from today I’ll be leading a full body BOOTHCAMP style group workout for @strongnewyork! As of right now there are ONLY 10 SPOTS LEFT! Details below .. . I’m super pumped to be a part of the biggest fitness event that NYC has ever seen! It’s 2 days of workouts & seminars led by the top trainers, nutritionists and wellness experts in the industry all benefiting mental health and the @alzassociation. . I’ll also be there Saturday so come hang with me, learn sweat & support! . ____ 📅Sunday, December 2nd @8:45AM ➕@crunchnbrunch ticket includes workout plus complimentary brunch at @thegemsaloonnyc with mimosas, Bloody Mary’s, & @michelobultra 📍Solace New York 🔗Tickets available through MY STORY RIGHT NOW (swipe up)! 💜A portion of the proceeds will benefit the @alzassociation #strongnewyork #solacenewyork #mysolace #crunchnbrunch 📸: @audreykrist

However, no public announcement on their relationship has been made by them both.

Shawn who was previously engaged to Kaitlyn announced their splits on November through a statement where they said:

''After three incredible years, we have decided to go our separate ways. This difficult decision comes after thoughtful, respectful consideration. Even though we are parting as a couple, we’re very much committed to remaining friends and we will continue to support each other. Due to the nature of how we met, our relationship has always been very public, and we have enjoyed sharing it with all of you, but we ask that you respect our decision and our privacy at this time.''

Meanwhile, Shawn's former fiance, Kaitlyn seems to be outraged on the news and took the matter to her Instagram. Kaitlyn posted a text on her Instagram saying:

It's fair enough for Kaitlyn to be mad, after all, it has only been a month after the split. And she was with Shawn for almost three years.

Although, Shawn has been spotted with Charly, shortly after his split with Kaitlyn. We hope we get to hear the right news through Shawn and Charly themselves.