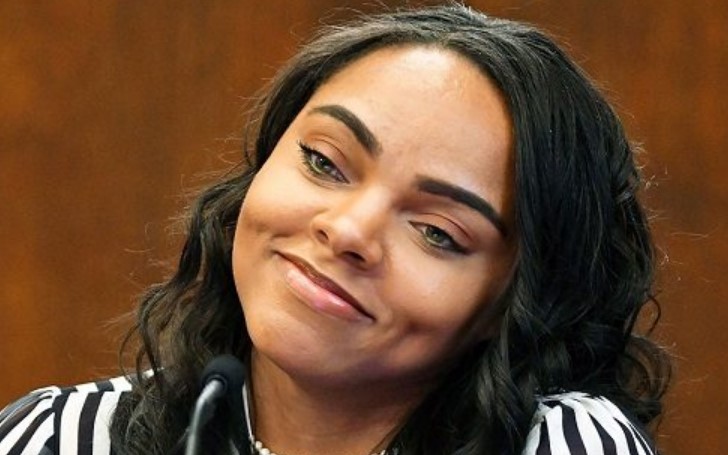 Shayanna Jenkins, engaged to the pro-NFL player, Aaron Hernandez, is now a former fiance of the football player, which would not have been the case if Aaron did not die of suicide on April 19, 2017. Shayanna, 30, stood by Hernandez even when he was found guilty of murdering Jenkins's sister's boyfriend, Odin Lloyd.

It's been already two years the pro-footballer died; we all want to know where Shayanna Jenkins is now and what's she has been upto. We will find out just that with some more interesting facts about the 30-year-old.

Before we jump into what Shayanna is doing now, let's just find out how she met Hernandez, how did she get the spotlight, and everything in-between. It's going to be one exciting read, as their real-life story will put the Hollywood movies to shame; However, we don't mean to hurt anyone's sentiment here.

The former couple's love story goes beyond and further than a high-school sweetheart, as Shayanna Jenkins and Aaron Hernandez met in elementary school. Their school friendship turned into a beautiful relationship in high-school.

But it would not be entirely wrong if we say the former couple in love while they were in elementary school. This is the perfect example of 'how we find love in most unexpected places.' They proved soul mate really do exist; however, they were bound to separate anyway, as death took Aaron too early.

After spending more than 15 years together, it was a no-brainer for Shayanna Jenkins and Aaron Hernandez that they will spend the rest of their life together, sadly, that will never happen, but the former couple shared a beautiful daughter, Avielle Hernandez.

The former pair welcomed their little bundle of joy on November 6, 2012, which was also Aaron's birthday. Isn't that the perfect gift Shayanna gave to her former beau. Jenkins and Hernandez got engaged a year after they welcomed their baby girl.

The former couple planned to get married in 2014, but something unexpected happened in their life as Aaron was found guilty of first-degree murder and sentenced to life in prison. The NFL player was again charged with the separate murder case in 2015. Hernandez was found dead on his prison cell (hanging himself with a bedsheet), five days after he was acquitted of the murder charges.

Soon after the death of the NFL player, Shayanna Jenkins welcomed her another child with some other man. Shayanna is now engaged to fiance, Dino Guilmette. In 2018, the couple welcomed their first child together.

Taking to her Instagram account, Shayanna shared the news of her welcoming her another baby girl. Shayanna wrote, "Many of you have had speculated that I might be expecting another very true miracle, I wanted to take time and process and post when I was ready to. I wanted to have a moment for myself alone with my daughter … we are beyond excited about the new addition and chapter we will soon begin."

Jenkins further added, "I couldn’t be a luckier woman to have such a perfect little girl that’s prepared to become the best big sister, and even more blessed to welcome another baby girl to our home. Baby G, we are very excited to meet you !!! Mommy and sissy will continue to wait patiently for your arrival. I thank everyone for the continued support and appreciate the respect for our privacy that has been shown. 😍"

Despite All the Lows, Shayanna Jenkins Finally Found Her Peace

We can pretty much assume how hard it was for Shayanna, 30, to raise a child alone; moreover, the person she loved committed crime and eventually killed himself. To put ourselves in her shoes is something unimaginable.

But after hitting rock bottom, she rose again like a phoenix and now has everything an average person desire in their life. Shayanna Jenkins is now blessed with two beautiful daughters and a loving fiance, which, according to us, she always wanted in her life. Though she could not find it with Aaron Hernandez, she found it with Dino Guilmette.

Shayanna Jenkins pretty much updates her life update on her social media, more precisely, on Instagram. So, just in case, if sometimes you want to know how Shayanna is doing, you can check her social media to get all the updates.