home Lifestyle Who is Shelby Holliday's Husband? Get Details of her Married Life!

Who is Shelby Holliday's Husband? Get Details of her Married Life! 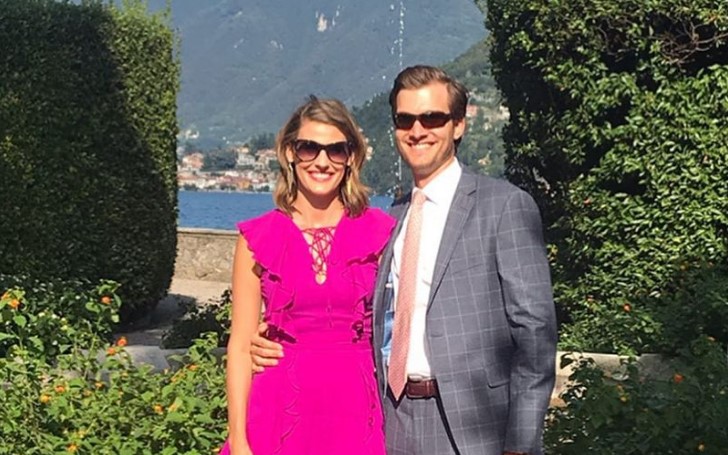 Shelby Holliday was an anchor and reporter for Channel One News, but recently she is working for the Wall Street Journal. The 33-year-old got a huge recognition when she won a 'Pulitzer Prize' for the broadcast journalist.

Shelby, who began her career as a reporter and producer for the college news network 'UWIRE,' is married now and shares a lovely bundle of joy with the husband.

Shelby Holiday is Married to Her Husband Jonathan Zwart

Shelby Holliday is married to her long-time boyfriend turned husband, Jonathan Zwart. The couple tied the knot on 29 August 2015 in New York in a private ceremony. According to some reports, the couple exchanged the vows in a court.

While many speculate the husband of the Wall Street Journalist is employed at Goldman Sachs, the fact where he works is still unknown.

Meanwhile, the couple seems to be in a good place, the understanding between them is clearly evident when we see the pictures on the internet. Shelby is often seen sharing pictures of Jonathan, and by the looks of it, the two are still madly in love.

Shelby Holliday and Jonathan Zwart welcomed their first child in 2019

Shelby and Jonathan are blessed with a lovely daughter, Zoe.
Source: Shelby's Instagram

Taking to the social media, Shelby shared pictures of her precious bundle of joy, which the couple welcomed on April 9, 2019. On the picture, Shelby was seen holding her newborn and posing for the picture with her husband, Jonathan. The couple named their daughter - Zoe Zwart.

Shelby Holliday, who was born on 12th November 1986, is from Colorado. But after getting hitched with her long-time beau, she now lives in New York City.

Also Read: Andrew Walker's Wife Cassandra Troy - How Well Do You Know Her?

The couple, however, is not obliged to live 365 days in the same city; with some time off from their work, the partner goes on vacations, which is apparent from their social media posts.

Recently, the couple made a trip to Villa Pizzo in Italy. Shelby, taking to her Instagram, uploaded a series of pictures of her, Jonathan, and a group of other people. Apparently, the couple was there to attend a wedding of their friends, Feroz Khosla and Lucy Khosla.

Just before the couple attended the wedding, the pair was in Paris with their bundle joy, daughter Zoe. Even Zoe seemed to be enjoying the trip with her parents. The couple never compromises with their family time.

Father-daughter team up to have fun in Paris.
Source: Shelby's Instagram

During Shelbys' visit to Paris, she shared a rather long caption. On her post,  Shelby quoting Audrey, wrote, "Audrey Hepburn quote or not, it’s true ... Paris is always a good idea. (Even if the babe will never remember visiting.)

Holliday further added, "We were worried that bringing Zoe would be a complete nightmare, but she adjusted to the time change better than we did, and navigating Paris with a stroller was just like being in NYC with a few extra cobblestones. She snoozed in bars and cafes and went nuts, looking at art and historical landmarks. She might even like Van Gogh more than I do. I can’t wait to bring her back when she’s old enough to appreciate solid foods! (And when I don’t have to pump or wash bottles...)"