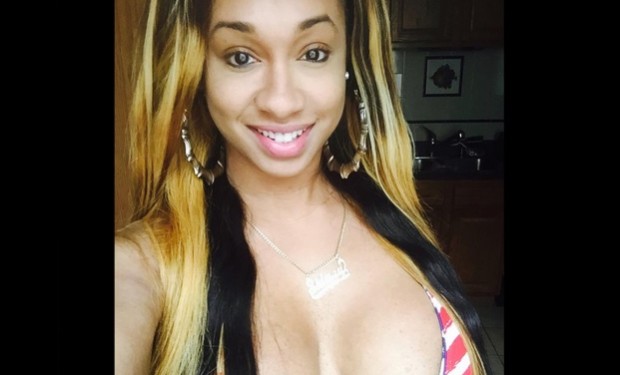 Get All The Details On Sidney Starr's Surgery And More: The Complete Report Here!

Sidney Starr is a transgender model, internet sensation, and an aspiring rapper. She is determined to become the next Cardi B. Also a Youtuber, she clawed her way to fame by claiming to have dated rapper Chingy in the past, a lie she accepted once garnering media's attention.

The young model, however, has always stayed vocal about her journey as a black transgender woman and the odds she has broken along the way. Continue reading to know about Sidney's surgery procedures and the result so far.

Sidney gained much recognition and fame when she joined the VH1's Love & Hip Hop in its season 9, where she took Rich Dollaz for the manager and clashed with Nya Lee. Sidney was loved for her drama-free approach in that reality show.

Sidney, sharing the discovery of her concealed and true self, had said that the realization that she was different came when she was only 5.

Starr is an open book when it comes to her journey to turning into a woman and her surgery procedures. The model has kept her fans updated on the matter and even shared snippets on her every step ahead.

The rapper opens up about having done small works like breast implants, liposuction, and some facial surgery when she graduated from high school.

Related: What is Sidney Starr's Net Worth? Find All the Details Here

Sidney revealed that the big moment came for her when she was 23 and decided to opt for a sex-change operation.

The transgender diva, as she refers to herself as has documented her whole experience with surgery on her youtube channel. Unabashed and blunt just like her idol Cardi, Sidney, in one of her Instagram posts gave her fans a snippet of her second breast implants and liposuction.

Appearing in season four of the "Botched" series with her counterpart, transgender model Shauna Brooks, the duo had brought in light the less talked about topic, the danger of black-market surgery, and its growing clientele, who are mostly uninformed youth.

Don't Miss: Who is Shantel Jackson' Boyfriend? Find all the Details About Her Relationship Status Here

In 2019, Sidney consulted Dr. Jess Ting, a specialized transgender surgeon, on one of the "Love & Hip hop episodes. After learning about the surgical risks and the exorbitant cost of $40,000, Sidney said that she is going to consider the operation.

Sidney Starr is currently on hormones, as she tells Dr. Ting, “I’m just waiting to really really become complete and just get my p—y.” The 32 years old model hasn't revealed if she followed into Dr.Ting's consultation or not.

Sidney is revealed back in 2019 that she has been on hormones for a very long time.
Photo Source: Line

A struggler in the Hip Hop industry, Sidney Starr, reflecting on her journey, says, "It's not an easy road being a transgender female. I commend anyone who can really handle it, You deal with a lot of stuff, emotional things, I still have my insecurities but the hormones, it does a lot of changes to your body. But the journey is amazing."