home Entertainment Who is Simone Biles Ex-Boyfriend? Find Out About Her Past Relationship

Who is Simone Biles Ex-Boyfriend? Find Out About Her Past Relationship 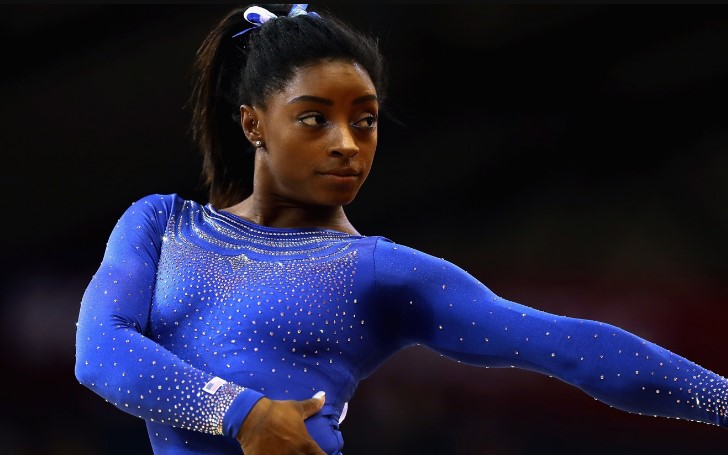 Here's what you should know about Simone Biles and her ex-boyfriend, Stacey Ervin Jr.

Simone Biles (born Simone Arianne Biles) is an American artistic gymnast who has combined a total of 30 Olympic and World Championship medals and is the most decorated American gymnast.

Also See: Who is Alex Caruso Dating? Find Out About His Girlfriend and Relationship

Well, you already know how successful Simone is in what she does, but how about her personal life? Let's dive into the personal life of the gymnast and find out what happened in her love life.

Simone Biles Broke Up with Her Ex-Boyfriend, Stacey Ervin Jr.

Recently, Simone Biles sat down in an interview with Vogue and revealed a rather shocking life event. The Olympic athlete confirmed she broke up with her boyfriend of three years, Stacey Ervin Jr.

Simone's cover story came out in the August issue of Vogue, where the gymnast confirmed her split with her ex-boyfriend, Stacey Ervin. During the interview, Biles said, It's hard being young and having that long of a relationship then ending it."

Also Read: Who is Danica Patrick's Boyfriend in 2020? Find Out About Her Relationship

The most decorated female gymnast in history, Simone Biles further added, "But it was for the best."

Simone Biles and her ex-boyfriend, Stacey Ervin Jr. confirmed their relationship in August of 2017. During the time, Simone posted a picture of her with Ervin with a caption that read, "Always smiling with you."

Even Stacey was not behind when it comes to showing his love to his then-girlfriend. Around the same time, Ervin took to his social media and posted a sweet message for Biles.

Stacey wrote, "Words cannot express how incredibly proud I am of you, all you've accomplished & how well you carry yourself. You make me feel like I am the luckiest man alive. Congratulations on your induction to the USA Gymnastics Hall of Fame! I can't wait to see what the future has in store."

The former couple had a sweet relationship, to say the least, but since they have decided to split, for reasons still unknown, we hope them all the best for their future.

You May Also Like: Who is Jonathan Isaac Dating in 2020? Find Out About Girlfriend