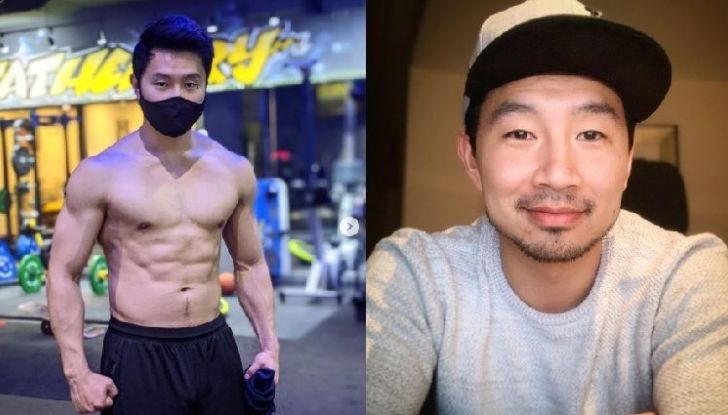 Simu Liu rose to fame after playing the wayward boy Kim Jung in the Canadian sitcom Kim's Convenience. Also a producer and stuntman, he is in the news for his candid decry against the cancellation of Kim's Convenience. "I built a brand and a career on being outspoken," says Liu.

Liu is ready to become a global star as he will play the titular character in the upcoming Marvel film Shang-Chi and the Legend of the Ten Rings. However, disapproval was vast, even from the Asian community, when Liu was cast to play the first-ever Asian Marvel hero. They contested that Simu wasn't handsome enough.

The Chinese-Canadian actor has been representing his people, but the same people think he isn't hot. One Chinese viewer opines that Eddie Peng would have been a better choice to play Shang-Chi. And that was the extent of dissent against Liu. Thankfully, haters haven't started any plastic surgery allegations against him.

Liu was named one of the 50 most beautiful Canadians by Hello Magazine.
Photo Source: Character Media

Liu was named one of 50 Most Beautiful Canadians by Hello Magazine. And listed in 25 Hottest Bachelors. Why would a verified heartthrob like Liu need plastic surgery? One might think, to appease his fraction of haters. But Liu has never been the one to stoop in front of the trolls.

Check Out: Did Lashana Lynch Undergo Plastic Surgery? Learn all the Details Here

He said, "I have the utmost belief in my abilities, and I refuse to let the opinions of others define me," in response to the online criticism that he was too ugly to play a Marvel character back in 2019. Hence, no the actor hasn't had any work done to his face or body to date, nor are there any speculations against him stating so.

The actor landed himself in hot water when he voiced his frustration over cancelations of Kim's Convenience. He pointed racist storylines and lack of diversity in the sitcom. Fans argued he was ungrateful to the show that launched his career.

"I can see how I may have come off as entitled and spoiled," says Liu.
Photo Source: Gossip Gist

At Banff World Media Festival, Liu reinstated his remarks. The actor said, "I can see how I may have come off as entitled and spoiled. I’m not out to cancel anyone by singling any one person out." He assures that he is grateful for the sitcom and adds, "it merely came from a place that desires better East Asian onscreen representation."

As Kim Convenience sets for its spin-off, Stray and many of its cast are said to reprise their roles, Liu denies any involvement. He says it hurts him to see their good running show getting canceled. Liu added, "The audience deserved better."

Although most of the buzz has been around Liu's upcoming Marvel movie, his other projects have gone unheard of. The 32-year-old is also starring alongside Mark Wahlberg in Arthur the King. Directed by Simon Cellan, the film will also star Ali Suliman and Rob Collins.

Liu recently joined the cast of Andy Fickman's One True Loves. Based on Taylor Jenkins Reid’s bestseller of the same name, the romantic movie will star Phillipa Soo and Luke Bracey. Announcing the project on his Instagram, Liu writes, "Asian people as romantic leads, let's get to work."