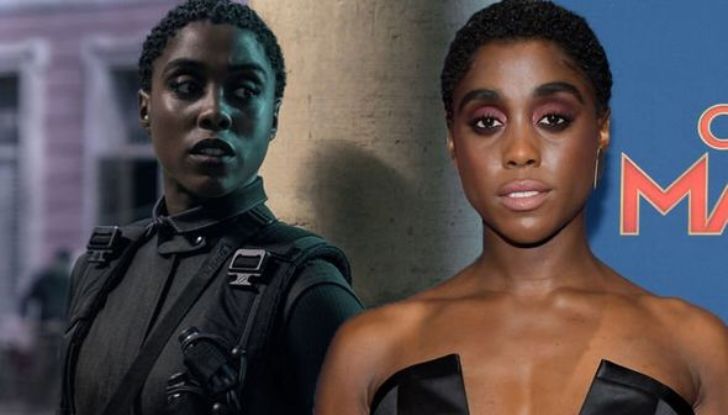 Captain Marvel fame Lashana Lynch is a Hammersmith-born actress. Of Jamaican descent, Lashana's journey in the film industry was going slow and steady until recently as the actress's career has taken off ever since she got cast as the first female Bond.

Set to play the new, not to mention historical female 007 in the upcoming 25th Bond series No Time to Die, opposite Daniel Craig, Lynch has formally marked her place in the popular franchise and the industry. The groundbreaking role hasn't come free of criticism and allegations against her, though.

From her debut in the 2012 drama film Fast Girls to her breakthrough role Maria Rambeau in Captain Marvel, Lashana has transitioned into this chic and bold star. One look at Lynch's Instagram grid, and one can tell the actress is keeping it real. But has the actress attracted any plastic surgery rumors despite that?

"I wear whatever makes me feel like a boss lady," says Lynch. Photo Source: Glamour

Lashana is a 5.9 feet tall woman of color in an industry that mostly consists of petite actresses. Plastic surgery speculations become inevitable, especially for actresses at least once in their careers. Thankfully for Lashana, she hasn't stirred any cosmetic surgery allegations against herself so far.

Lashana is in a very pivotal phase of her career; she might and most probably will come under cosmetic surgery speculations in the future, but for now, the actress wears her color proudly and flaunts a style that stands out from the rest. Lynch told Celebrity Style that she wears whatever makes her feel like a boss lady.

Lynch's name isn't listed in any cosmetic surgery theories because the actress is currently caught up in incessant hate and online abuse; the criticisms against her started ever since her role as the first female Bond became official.

"The magnitude of the hate was ridiculous," says Lynch.
Photo Source: Eonline

Lynch, in her interview with GQ Magazine, revealed that getting into the Bond franchise meant big money and bigger scope for her career, but the criticism was huge as well. "It wasn't a surprise but the magnitude of it was ridiculous," said Lynch.

The actress says she had to delete all her social media for a week to process the situation. Lynch told Harper Bazaar that she comforted herself with the knowledge that those harsh comments weren't personal. Lynch says people's hate reminds her that she is a part of something very revolutionary.

It is not only No Time To Die, where you can watch Lynch showcase her brilliancy; while all the buzz has been around her Bond projects, the Brit actress has bagged a few more high-profile projects in recent time.

Lynch will be starring alongside Emma Thompson on Netflix's Matilda.
Photo Source: Stylight

Lynch is starring in the upcoming Debbie Tucker Green's Eye for Eye, based on the play of the same name. The ensemble cast also includes Tosin Cole, Carmen Munroe, and Danny Sapani. It is expected to release this year.