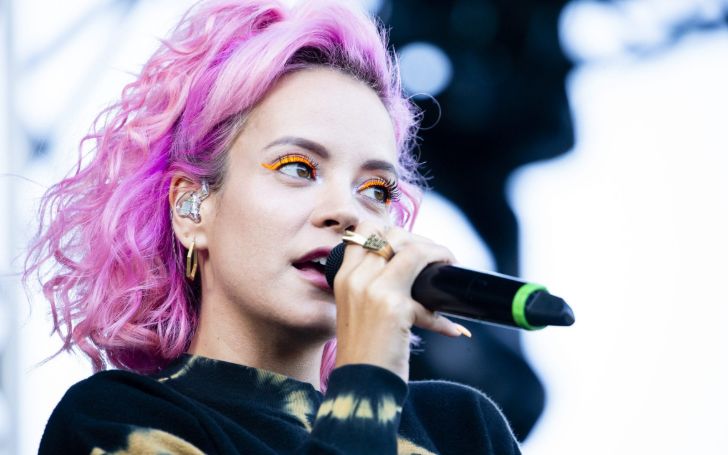 Smile hitmaker Lily Allen was the spotlight at the LGBTQ music festival this Saturday.

Meanwhile after the groundbreaking performance, the 34-year-old tweeted: "Dublin, thank you for giving me your love sensation."

Lily added, "Definitely still feeling it the next day. Hopefully, you won't ghost me and we'll do it again soon."

The singer often posts warmful message and behind the scenes clips from events to her fans and supporters on social media. Just like she posted series of after-party candid clips from recent BRIT Awards after-party prep.

Unfortunately, due to a shoulder injury on the way to the airport, American lead singer Beth Ditto from popular band "Gossip" had to cancel their band's performance.

An organizing member of the festival shared:
"Gossip and Love Sensation Festival are sorry to announce that after an accident on the way to the airport today where she received a shoulder injury from a fall, lead singer Beth Ditto is unable to perform tonight on the advice of her doctors.

Organizing team added, Gossip would sincerely like to apologize to their many fans who were coming to the festival for any disappointment and inconvenience caused.

"Love Sensation are delighted to announce that good friends of Mother, Irish electronic pop duo, LE BOOM will now take to the main stage at 7.45 pm," so, instead of Gossip, Irish electric pop duo LE BOOM will be performing in the festival.

The beauty with soul artists never misses to inspire people as Game of Thrones 'Theon Greyjoy' actor Alfie Allen is actually brother of singer Lily Allen and she even wrote song about him just to get him inspired when he was unemployed, young and pothead.

Stay tuned and connected to find more articles about your favorite TV shows, movies, and celebrities.