home Product Siri Accidentally Records Your "Sexual Acts"; Could Be A Threat To Your Private Information!

Siri Accidentally Records Your "Sexual Acts"; Could Be A Threat To Your Private Information! 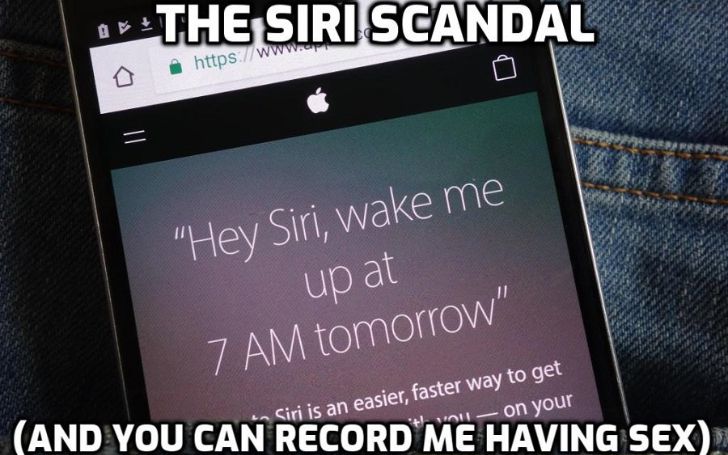 The insider said there have been countless instances of recordings featuring private discussions, sometimes its between doctors and patients, business deals, sexual encounters and so on.

According to the reports, a small portion of recording are passed on to contractors working for Apple, and their job is to grade the responses of Siri on a variety of factors.

But Apple never explicitly admits it in its consumer-facing privacy documentation. The only thing mentioned in the company's privacy policy is, "the data is used to help Siri and dictation understand you better and recognize what you say.”

Apple said only a small portion of Siri 'Requests' are analyzed to improve Siri and dictation, and in no way user requests are associated with their Apple ID.

The company further explained all the responses are analyzed in secure facilities, and all reviewers are under obligation to stick to Apple's strict policy.

According to Apple, only 1% of daily Siri activations are used for grading, and those are typically only a few seconds long. However, an insider expressed concerns about this lack of disclosure.

The insider claimed the frequency with which accidental activations pick up are extremely sensitive personal information. It is understandable if Siri is activated when it mistakenly hears 'Hey Siri,' but sometimes even the sound of a zip acts as a trigger for Siri.

There are other few other ways the Siri can be activated; for instance, Siri is activated automatically if you raise your Apple Watch and speak any word.

The insider said there have been countless instances of recordings featuring private discussions, sometimes its between doctors and patients, business deals, sexual encounters and so on.

Despite Apple's claim, the recordings are accompanied by users' private information like location, contact details, and app data. The insider explained the information may be used to verify whether a request was successfully death with.

Also Read: Want To Know How Does Kylie Jenner Hydrates Her Skin; She Use a Jojoba Oil Straight From Amazon; Where To Buy One?

Though the company's voice assistant is included in all Apple devices, including Macbook, Ipad, Apple Watch, iPhone, HomePods, the most instance of accidental voice activation are from HomePods and Apple Watches.

"The regularity of accidental triggers on the watch is incredibly high. The watch can record some snippets that will be 30 seconds – not that long, but you can gather a good idea of what’s going on," the insider said.

He continued, " The contractor said the staff were encouraged to report accidental activations but only as 'a technical problem,' with no specific procedures to deal with sensitive recordings. We’re encouraged to hit targets and get through work as fast as possible. The only function for reporting what you’re listening to seems to be for technical problems. There’s nothing about reporting the content."

Apple, however, is not alone in employing people to monitor its voice assistant, Amazon, and Google were also found to be doing the same with Alexa and Google assistant, respectively.

But the way Apple works is different from two tech giants Amazon and Google as these two companies allow users to opt-out of some uses of their recordings, while Apple offers no similar choice to its users.

#Recommended: 'Maximum Security At Your Finger Tips' - Here Are The Best Hardware Encrypted Flash Drives From iStorage To Store At Home Or At Work

Apple values its reputation for user privacy highly, and it has always been known for its better services and privacy, but after hearing this, what will be the reactions of its users is yet to see.