home Entertainment Who is Skeet Ulrich's Girlfriend? Is the Actor Dating Someone in 2020?

Who is Skeet Ulrich's Girlfriend? Is the Actor Dating Someone in 2020? 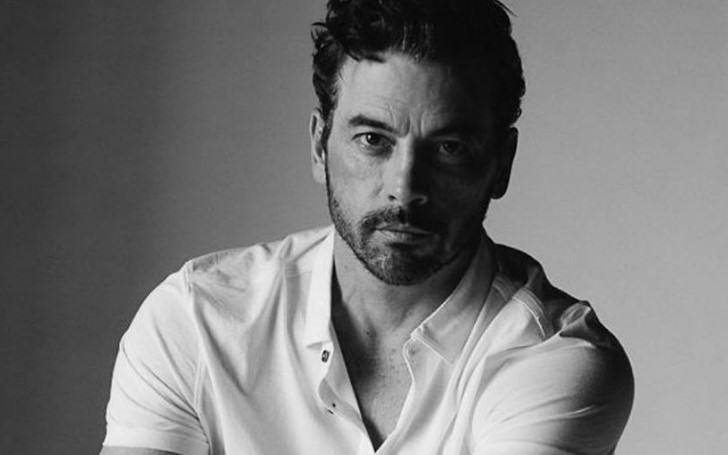 Skeet Ulrich is an American actor who is well-known for his portrayal of 'Billy Loomis' in the highly acclaimed movie, 'Scream,' in 1990. However, he is getting attention from his role of 'FP Jones' on 'The CW's show, 'Riverdale.' Moreover, he has plenty of other TV projects to his name like 'Miracles,' 'Jericho,' and 'Law and Order.'

Skeet (born Bryan Ray Trout) hails from Lynchburg, Virginia, and was born on January 20, 1970, which makes him 50 years old as of 2020. The Riverdale actor started his acting career from 1989 and still active after two decades in the industry. It's no surprise the actor has already made it to the top with his skills and talents, so let's not talk about his career and filmography.

But we are here to discuss something interesting and vital today. Let's find something about Skeet's personal life, like does he have a girlfriend or married. So, you get the idea, right? So, let's find out.

Skeet Ulrich's Girlfriend - Is the Actor Dating Someone in 2020?

Skeet Ulrich was married, not once but twice. He was previously married to his first wife, Georgina Cates, in 1997m, which ended in 2005. After Cates, the Riverdale actor tied the knots with Amelia Jackson-Gray after waiting almost seven years since his divorce with Georgina. The Amelia and Skeet, who walked down the aisle in 2012, called their marriage off in just three years. Then-couple split in 2015.

Skeet with his Riverdale co-star, Mädchen Amick. (Skeet Ulrich does not have a girlfriend in 2020. He is previously married twice.)
Photo Source: Skeet Ulrich Instagram

So, at the age of 50, the American actor is still unmarried, and single. According to the reports, Scream actor was dating his then-girlfriend, Rose Costa, and the former couple even exchanged the rings in 2016, but within no time, the two called their engagement off.

When we stalked on his social media profiles (guilty!), we found no trace of him dating someone new in 2020. So, sadly, or good news for his ladies fans, he is still single, probably ready to mingle.

What Keeps Skeet Ulrich Busy If He is Not in Dating Scene?

Well, apparently, he is the father of two beautiful kids, Jakob Ulrich and Naiia Rose Ulrich, twins who were born on March 9, 2001, whom he shares with his first wife, Georgina Cates. While we look into his social profile, we can see he is pretty much busy with his family time with his kids when he is not working.

Even his twin children are actors. The twins made their debut in the acting from 2010's Zach Galifianakis and Robert Downey Jr. starrer movie, 'Due Date.' the twin duo also appeared in 2018's short thriller drama, 'The Girl on the Roof,' which was written by Amelia Jackson-Gray and directed by their father, Skeet Ulrich.

So, you can pretty much see how busy he is with his work and family right now. And it just melts our hearts how much time and efforts Skeet gives for his children, truly inspiring for all the fathers. Well, since the kids are also all grown up now, and proved themselves as talented actors, Skeet can now finally has his 'me time,' and find someone new now.