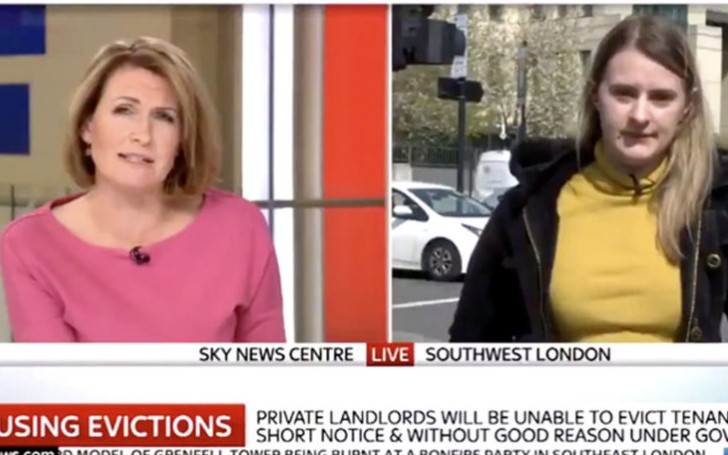 Sky News presenter faces backlash over a patronizing argument in an awkward interview.

"But that’s not the landlord’s fault, is it? That’s just the housing market. The landlord would have the same issue if you decided to move out in two months."

Sky News anchor (who also happens to be a landlord) decides to turn an interview about housing policy into an irrelevant and patronising rant about her tenants pic.twitter.com/ITlohPAVip

Jayne continued: "I suppose some would say, and I am speaking as someone who has rented flats and who also rents flats out, that especially with the younger generation, you very often find that the younger tenants don’t really know how to do a great deal in homes.

Also See: Kim Kardashian West And Kylie Jenner Will Be Launching A Fragrance Together On April 26

The presenter then asked, "Do you think you’ve found amongst your friends, perhaps, that you’re aren’t equipped with the necessary skills to rent?"

Clearly taken aback by Secker’s comments, Kirsty described the questioning as “patronizing” – which many people have agreed with on social media. Check out some of the tweets.

In another glorious day for Britain's oh so impartial broadcast media, a Sky News presenter who is a private landlord uses an interview about Britain's housing crisis to slag off private tenants. https://t.co/e5MmEmRSZ0

Bloody hell. What a patronising attitude and highly unprofessional. Let's just make out that all younger people are bad.

An example of how not to conduct an interview and also a conflict of interests. So wrong.

Secker's comments relating to young people’s inability to perform basic tasks at home are what got many riled up and rightly so.