home Entertainment Who is Slim Jxmmi's Pregnant Girlfriend? Some Facts You Should Know

Who is Slim Jxmmi's Pregnant Girlfriend? Some Facts You Should Know 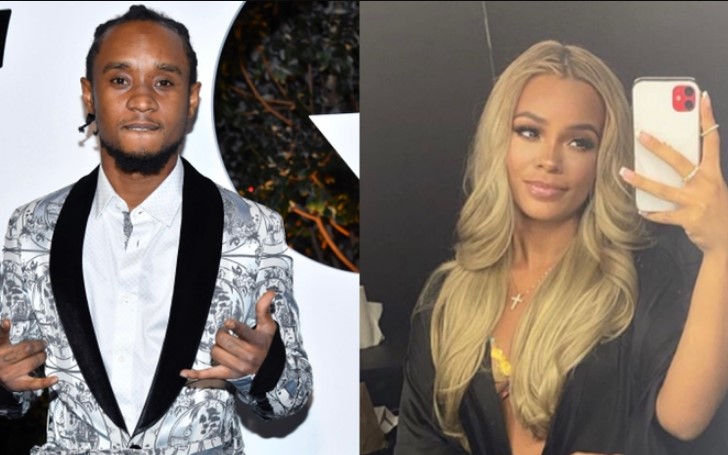 Here's what you should know about Slim Jxmmi and his ex-girlfriend, Kee, who is six months pregnant with the rapper's child.

Slim Jxmmi (born Aaquil Ibinshaman Brown) is an American hip hop artist who is known for hip hop group" Rae Sremmurd," the group was founded by Slim and his brother Swae Lee.

The duo signed a record deal with "Mike Will Made-It" in 2013 and released its first album, "SremmLife," in January of 2015. Their first album was certified platinum by the Recording Industry Association of America.

While many of you already know about his music career as a musician. He and his brother, Swae Lee's group, Rae Sremmurd,' is a huge success.

But how well do you know about his personal life? By personal, we mean, do you know who Slim Jxmmi is dating in 2020? Let's Find out.

Well, the hip hop artist, in fact, was in a dating scene, but that has changed recently. Slim Jxmmi and his ex-girlfriend separated recently; the news of their split was something shook the world.

The artist is alleged of domestic violence; according to the reports, Slim Jxmmi knocked his ex-girlfriend's front tooth, following which she ended things with her boyfriend.

Also Read: Katie Holmes Dating, Past Affairs, Divorce -Everything You Need to Know!

But that's not even the news; the reports further suggest Slim Jxmmi's former girlfriend is pregnant. Hitting a girlfriend who is pregnant was undoubtedly not what we would expect from artists like Slim, but this has been the case recently.

What Happened Between Slim Jxmmi and His Former Pregnant Girlfriend?

According to the sources, Slim and his former pregnant girlfriend had some arguments, following which the rapper punched her in the mouth knocking out her front tooth.

Slim's former girlfriend, Kee, is six months pregnant with the rapper's child. And according to The Shade Room, an online media outlet that broke the news, claimed the former couple had been physically abusive for some time.

TSR cited the source, who said Slim Jxmmi had been using his girlfriend as a "punching bag." Following the incident, the former couple has ended their relationship, the same source confirmed to the media outlet.