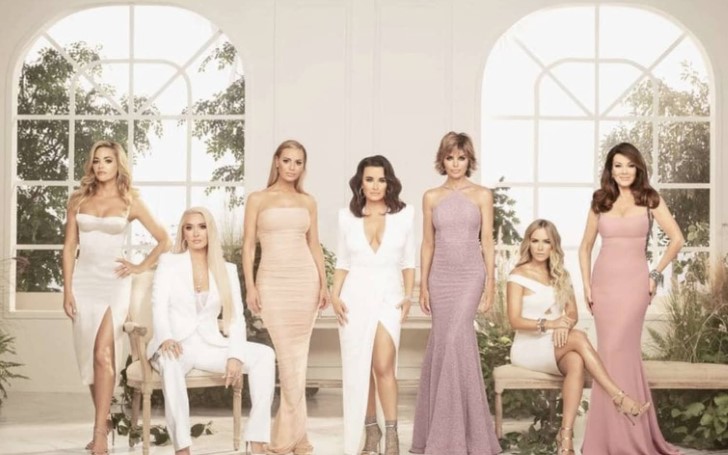 Yet another drama at the Real Housewives of Beverly Hills on season 9 reunion tape.

All thanks to Camille Grammer. The Real Housewives of Beverly Hills, season 9 reunion will reportedly have its fair share of drama.

Lisa Vanderpump is officially out of the reunion and future seasons. It, however, does not stop the drama at all. Camille reportedly revived the drama after she was on the hot seat for the things she said in this year's installment.

According to a source to US Weekly, Camille at one point walked off the stage and had a full breakdown after she and Denise Richards "got into it" while "The women were taking [Camille] to the task." 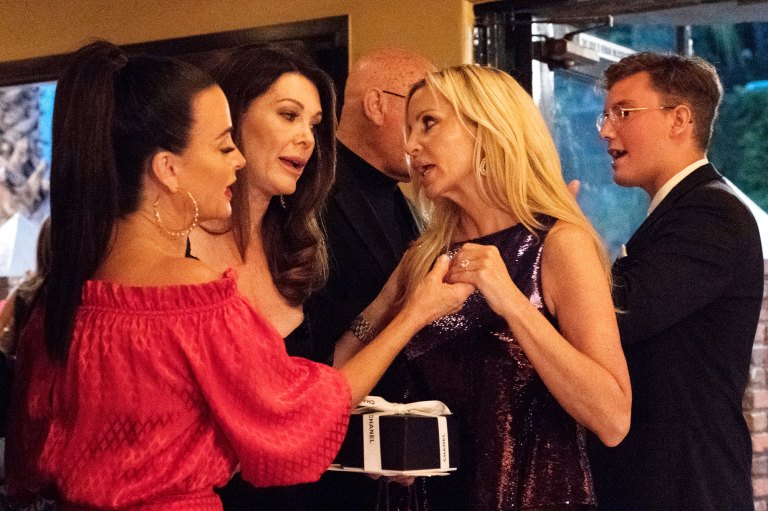 Yet another drama at The Real Housewives of Beverly Hills.
SOURCE: US Weekly

After filming the reunion this week, the 50-year-old took to Twitter admitting she regretted attending the taping June 5.

Camille, who previously claimed she would skip the taping, tweeted on Thursday, June 6. "I showed up in good faith for #RHOBH reunion but I shouldn't have gone. Hindsight is 20/20."

Later, Camille revealed the stars of the show were acting hypocritically during the taping in a tweet.

Also see: Dorit Kemsley and Her Former Pet Chihuahua Lucy are at The Center of The Drama on The Real Housewives of Beverly Hills

"They have been talking behind my back the whole time. The hypocrisy of it all."

Earlier, Kyle Richards, Erika Jayne, and Lisa Rinna first planned to confront Grammer during the group's trip to France, but everything changed after Grammer could not attend the California Wildfires.

While Grammer is garnering some attention, most of the attention was on Lisa Vanderpump this week.

Shortly after revealing she would not attend the reunion, Vanderpump officially announced she would leave the reality series after nine seasons claiming she has had enough of her cast mates.

After declaring she would leave after season 9, Vanderpump further revealed this year has been tough on her following her brother's suicide.

At the 7th Annual Real to Reel: Portrayals and Perceptions of LGBT in Hollywood she said, " "I made my mind to leave. It was a very difficult year for me, personally and professionally. I had wonderful things happen this year, opening up and TomTom and the cocktail garden in Vegas. The Housewives, it's just, it's emotionally too difficult to deal with."

The Real Housewives of Beverly Hills airs Tuesdays at 9 p.m. ET on Bravo.