home Entertainment Sommer Ray Boyfriend - is the Model Dating Someone in 2020?

Sommer Ray Boyfriend - is the Model Dating Someone in 2020? 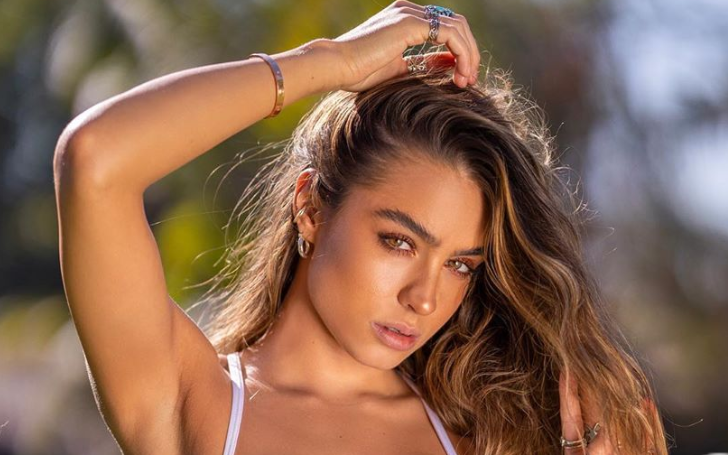 Sommer Ray is an American model known best for her YouTube vlogs and Vines. The model originally hails from Denver, Colorado, but living in Los Angeles now. Apart from her modeling and YouTube vlogging, she is also a fitness freak, which helped her to make name herself as a 'fitness-model.'

Sommer Ray is big on Instagram as well. Thanks to her goddess-like body, she boasts an impressive follower count of over 25 million. Her pictures are just too hot to handle. Moreover, her youtube channel also amasses 1.68 million subscribers. Well, there you have it, she is pretty significant when it comes to social media and stuff, you know.

While her career as a model looks flourishing, we wanted to know if the model who has bewitched millions of fans is awestruck by someone special in her life. Well, to know we did some research which we will disclose in a second. So, let's just find out if Sommer Ray is dating someone in 2020.

Sommer Ray Boyfriend - Is She Dating Someone in 2020?

Well, there is some news about the model getting real cozy with someone. If you have been following the Sommer Ray, then you must be aware, she is recently linked to American rapper Colson Baker, aka Machine Gun Kelly. Despite the couple trying hard to stay under the radar, the two were caught number times together in public.

TMZ was the first to report their romance speculations after the media outlet found the two were spotted together on several occasions. TMZ made public couple blurry photos the couple hanging out together and also seen engaging in some PDA.

Also Read: Some Facts to Know About 'Too Hot To Handle' Star Francesca Farago

At last, the rapper admitted the two having something special for each other. Well, he had his own way of announcing the world his new love interest. So to drop the hints, the American rapper also posted a slew of photos of him and Sommer together on his social media.

When Did the Sommer Ray and Machine Gun Kelly Start Dating?

Machine Gun Kelly and Sommer Ray go a way back. The couple knew each other since 2017; they seemed great friends back then. But no one would have thought their friendship would turn into romantic endeavors.

While they had other flings in-between all this, but recently two decided to give their romance a chance. The couple is speculated to be dating since January of 2020, but the confirmation from the rapper came in March of 2020.

As we know, there were always fans speculations about their romance, some were uploading pictures of them together and stuff, but the real deal came when one of the fans posted of them making out at some mall.

You May Also Like: Matty Healy Girlfriend - Is 'The 1975' Frontman Dating Someone?