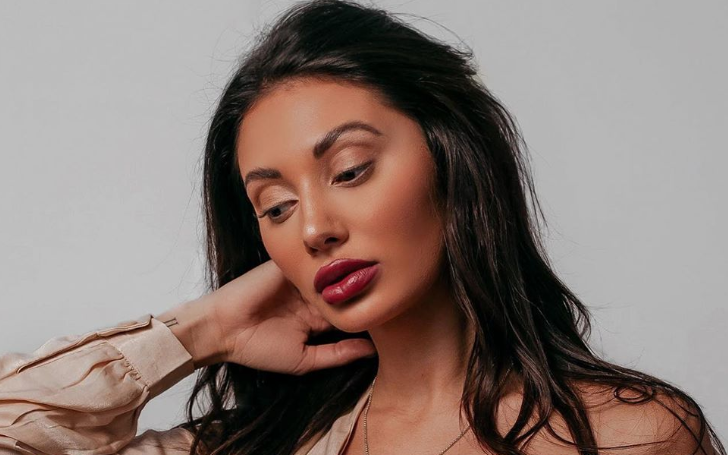 We are pretty much sure you have heard the name 'Francesca Farago' ever since the new Netflix dating show popped up in recommendation. This show has a lot in common to 'Bachelor in Paradise,' with some differences and twists, of course.

Too Hot To Handle is a show where singles meet and mingle, and spend their time on the shores of paradise with prize money of $100,000. But to win, they will have to give up sex. It's just an exciting format; you should just go and watch.

Coming back to Farago (some basic spoiler ahead!), she did not really comply with the rules of the house, following which she had some negative remarks, but one thing for sure, she for sure added the glamour needed to hook the people on the show.

We are not going to tell you everything that happens on the show, but we will discuss some of the exciting things about the Francesca Farago.

So, Who is Francesca Farago Other Than 'Too Hot To Handle' Star? (Wiki/Bio)

Francesca Farago is a Canadian model, known best for her steamy hot Instagram pictures. Francesca originally hails from Vancouver, BC, and was born on 19th November 1993. Her career is not limited to some Instagram modeling thing, the 26-year-old is also, indirectly, owner of restaurants chain.

Francesca was born to her parents Grant Webb and Lucy Farago. Her father is a well-off businessman who owns restaurants around Orleans, Kanata, Ottawa, etc. Talking about her education, Farago went to Carleton University from where she completed her high school education.

Right after her schooling, she jumped into the modeling industry and found it flourishing, following which she started her Instagram account from where she found many business opportunities. Following her Instagram success, Farago opened a clothing business that seems to be doing pretty great as well.

This one certainly played big to rise Francesca as a successful model as she got the exposure she needed. According to the reports, the Canadian model dated on-and-off Diplo for a long time. But Francesca had other things to say about their association.

According to Farago, she and Diplo were only good, or in her own words 'close friends.' The 26-year-old model said, "We've been friends for, like, six, seven years. We've hung out on and off over that period of time. We are friends; we are close friends."

Also Read: Veronica Berti is the Wife of Italian Musician Andrea Bocelli - The Couple Has a Very Special love Story to Tell

Farago further added, "When I found out that there was an article about me dating him I sent it to him, like, 'Tee-hee,' and he thought it was funny, So I guess everyone has just been really supportive, and I think they are just excited to see what goes down."

It certainly was a proud moment for Francesca Farago and her family that she appeared on Netflix's 'Too Hot To Handle.' But as we know, there are some steamy moments Farago doesn't want her parents and sister to see.

Francesca said she will be monitoring while her family watch the show.
Photo Source: Francesca Farago Instagram

Francesca stressed it not like she doesn't want her family to watch the show at all, but she said she will be monitoring every episode and will put a timestamp if needed where her parents and her little one should skip. Well, it seems like it's going to be a tough one for her, but if she feels uncomfortable, that's the best way.

While she feels about her parents watching the show, Francesca also emphasized that her friends and families support her for everything.

Though the show, Too Hot To Handle, just hit the streaming service, the filming of the show was completed a year ago. We assume you have already watched some of the episodes. So with that assumption, you know Francesca and Harry Jowsey are getting a little more than usual.

Indeed, you guessed it right. The two are still together after a year show wrapped up. According to the reports, things are going pretty well for the couple, and apparently, Harry was going to propose her with the prize money of $7,500 he won, but he let that slip away.

Harry talking with one of the media outlets, said, "I was going to surprise her and propose. I accidentally told her that was my plan from day one. I legitimately am so much happier when I'm around her and having her in my life. So, let's go, sign me up!"

You May Also Like: Who is TikTok Star Emmuhlu and What's Up With Her Controversial N-Word Video? Get All the Details Here

Well, it seems like the show did something good for Francesca Farago. For more information on your favorite celebrities' lifestyle, stay tuned to Glamour Fame, and don't forget to sign up for the newsletter.