Stan Lee Will Have Street Named After Him In New York 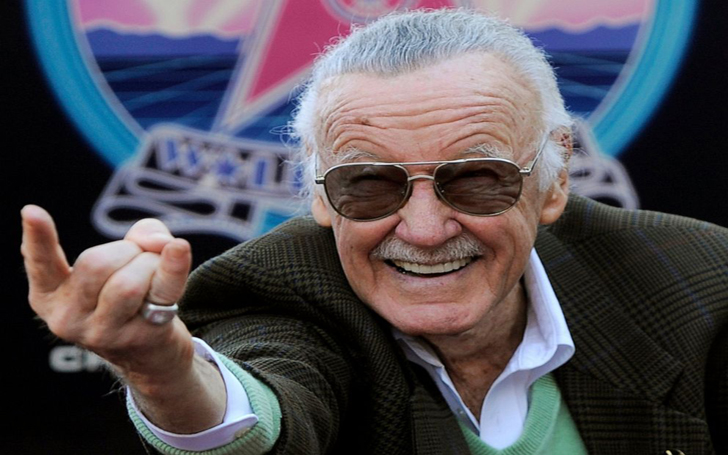 New York is naming a street after the legendary Stan Lee.

There is not a single person in this entire world who is more synonymous to the comic superheroes than Stan Lee. The man who was the creator and co-creator of most of the comics you loved growing up was a legend in the superhero comics industry.

There was no other person who was as respected as the co-creator of Spider-Man, X-Men, Hulk, and the Fantastic Four and countless other iconic comic series. Stan was popular in the comics circle as the person responsible for the Marvel comics, but he became mainstream when Marvel movies started becoming a huge deal. Stan was then known for his cameos in almost all Marvel movies.

It got to a point where people were looking for Stan in almost every scene, and it was amazing to see the legend get the due he deserved throughout his career. His final cameo came in Avengers: Endgame, where he can be seen driving past Camp Lehigh as Tony and 'Steve', make their way to the 1970 army barrack.

Watch: All the Stan Lee cameos in movies

Stan left us all on November 2018 suffering a cardiac arrest caused by congestive heart failure. He was 95 at the time of his death, and the whole comics and movie world paid their tribute to one of the most iconic personalities in western comics.

The whole world paid their tribute, and New York is finally making their move to commemorate one of the excellent sons of the Big Apple. As a commemoration of Stan, New York is co-naming University Avenue between Brandt Place and West 176th Street as “Stan Lee Way.” The only thing left for the naming to be official is a signature from the Mayor of New York Bill De Blasio.

Stan lived in New York most of his childhood and majority of his adult life on the stretch of 1720 University Place and went to high school at DeWitt Clinton High School in the Bronx. Stan continued to work and live in New York till 1980 when he moved to the West Coast. Even though he moved, most of the iconic heroes of Marvel created by Stan were based in New York. The most obvious one is Spider-Man as he swung from skyscrapers in New York and became so famous worldwide. To be honest, before the internet, most children saw New York from the Spider-Man comic, so it is a deserved honor for the godfather of the Marvel comics.

Also Read: Check Out The Full Slate Of Upcoming MCU Films In 'Phase 4' - Title, Release Date, Cast, Schedule, Everything You Need To Know!

It was amazing to see Stan get the mainstream recognition in the 2000s when he already worked in the superhero industry for more than 50 years. But as the movies based on the characters, he created started capturing the pop-culture zeitgeist, the creator do the credit he deserved. Well, like they say, ‘better late than never.’

We lost a true legend, and a great human in 2018 and the world of comics and superhero movies will sorely miss the man who gave us love hope and something great to aspire to. No tribute for Stan will ever be enough, but still, we thank you Stan, and the city of New York thanks you.