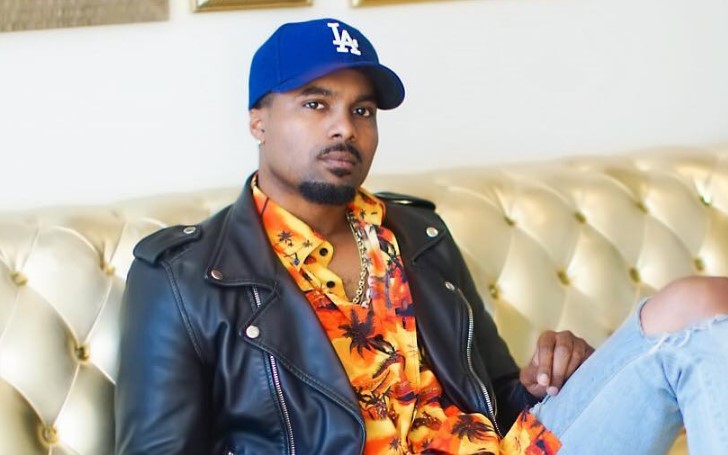 Sterling 'Steelo' Brim is known for his ridiculousness, well we mean, MTV's hit show, 'Ridiculousness.' He has made his name on the TV as the co-host of the show.

Steelo, who was born and raised in Chicago, Illinois, has also made it to a feature film, 'Hardball,' where he portrayed the character of 'Sterling' The Television personality has numbers of other credits to his name, like 'Rob Dyrdek's Fantasy Factory,' 'Orange Drive,' 'Wild Grinders,' and 'Think About Lesson.'

While it's no surprise Steelo is a big name on TV, we were just wondering about his personal life, following which we thought we should do some digging on his details, more precisely, his love life. So, is the TV personality single or dating someone, let's find out.

Steelo Brim Girlfriend - Is He Dating Someone?

Steelo Brim is in a relationship with his girlfriend, Conna Walker, since 2015.
photo Source: Entertainment News

MTV's Ridiculousness co-host is dating his longtime girlfriend, Conna Walker. The couple started dating since 2015 and still going strong on their relationship.

The American TV personality's girlfriend is British. The latest progression on their relationship was Brim and Conna exchanging the engagement rings. Yes, the couple is already engaged.

Steelo Brim is engaged to his girlfriend, Conna Walker. The couple got engaged in 2016.
Photo Source: Entertainment News

According to some sources, the 31-year-old American TV personality, Steelo Brim, is going to pop the question to his fiancee, Conna Walker, real soon.

It was back in 2016, the couple got engaged, after dating for one year. The couple then traveled to the number of locations for their vacations together. By what seems, they are ready to progress to the next phase of their relationship and get hitched.

Also Read: Sean Murray Weight Loss - Get all the Details of His Impressive Slim Down

Well, it makes sense if you have doubts but take our words for it. Before he started dating Conna, the American TV personality was hardly seen with any girls in public, which is one way of saying, he is genuinely in love with his girlfriend.

So, Who is Steelo Brim Girlfriend, Conna Walker?

Conna Walker, who is a fashion designer and the CEO of House of CB, has an estimated net worth of $2 million.
Photo Source: Fashion North

According to the sources, the 31-year-old's girlfriend (now fiancee) is a UK-based fashion designer. Moreover, she is also the CEO of House of CB.

And by the look of it, Conna is a successful person in her career. Some reports even suggest, she has dressed Hollywood's finest stars like Kylie Jenner, Jennifer Lopez, Chrissy Teigen, Gigi Hadid, and the list goes on.

Conna, who was born on September 20, 1992, in London, England, said she developed an interest in fashion designing, watching models and celebrities on stage and television.

Since she is successful, it is obvious; you want to know how rich Conna Walker is. Since she is a successful fashion designer and the CEO of House of CB, it is estimated that her net worth is close to $2 million.

You May Also Like: Leafyishere Net Worth - Find Out How Rich the YouTuber is