Who is Stefan Holt's Wife? Learn His Relationship Details Here 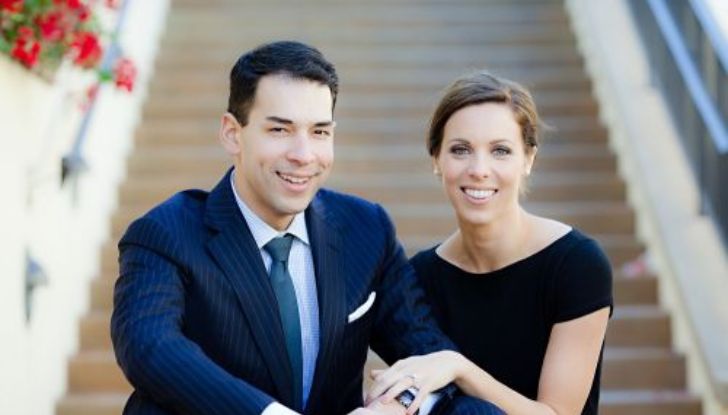 Inside Stefan Holt And His Wife's Blissful Married Life: All the Details Here!

The pandemic has confined us all within our concrete walls. While it has been an aching experience for most of us, Stefan Holt is certainly living it to the fullest and counting it as a blessing. The married and father of two has regularly documented his blissful quarantine time with his wife and children on his Instagram. He has 11.7 k followers on the platform, all his avid listeners probably.

He is an American journalist and news anchor of WMAQ-TV, the Chicago flagship station of NBC-TV. An Illinois native, Stefan is largely known because of his famous surname. The 35-year-old is the son of the renowned journalist Lester Holt. Stefan found his better half during collegial years in Malibu. Continue reading to dig more into the notable journalist's conjugal life.

Holts met his now-wife Morgan Holt at Pepperdine University. The duo wedded at the Pepperdine Chapel on July 28, 2012. Stefan may be the better-known figure of the two, but Morgan isn't behind on accomplishments and is successful in her own right.

Stefan doesn't shy away from expressing his gratitude towards Morgan. In July 2020, commemorating their eight years of marriage, Stefan posted a throwback picture of their wedding, captioned: "8 years down, forever to go, July 28, 2012, we started an incredible journey together and haven't stopped since."

Check Out: Tiffany Boone's Husband: Everything to Know About Her Married Life

The couple is a doting parent of two sons, Henry and Samuel. The two toddlers are all over their parent's social media pages. The Holts family moved from their home in Maywood to their forever home in Chicago last year, and since then, they have been giving snippets of their quarantine life on Instagram.

Stefan and Morgan Holts To Become Parent For The Third Time!

Anyone who follows the Holts family sure knows how Lester Holt is so fond of his grandchildren. The 62 years old granddad had said on The Kelly Clarkson Show that his grandchildren melt him, "That's the thing about kids, it just takes you out of everything else going on," added Lester. We can only imagine his happiness when he heard there's a third coming.

Holts broke the news on Instagram on May 13, captioned "Breaking news: Henry and Sam are excited to welcome their baby brother this fall," in another clip, Holts revealed they were going to have a boy again, and his eldest son Henry wants to name the baby Popcorn, Stefan's colleagues and fans commented he should go on with the name.

Despite having a robust career of his own, he is known as the son of the better-famed father. He previously worked as the co-anchor of WNBC New York's mid-day news broadcast and reporter for WPBF-TV in West Palm beach.

As of 2021, Stefan's net worth is estimated to be between $2 million and $5 million,  whereas his father Lester boasts an estimated $35 million. In August 2020, NBC announced that Stefan would be returning to WMAQ in October to anchor its 4 and 10 pm weekday news program alongside fellow anchors Marion Brooks and Allison Rosati.

Don't Miss: Who is Rory McIlroy's Wife in 2021? All About His Married Life Here

Taking to Instagram, Stefan and his wife reflected on their time in New York and shared their bittersweet feeling of returning to their roots. Morgan writes, "Maywood, you were good, you welcomed us the biggest open arms, helped this momma on the daily with her boys, and were just a breath of fresh air."