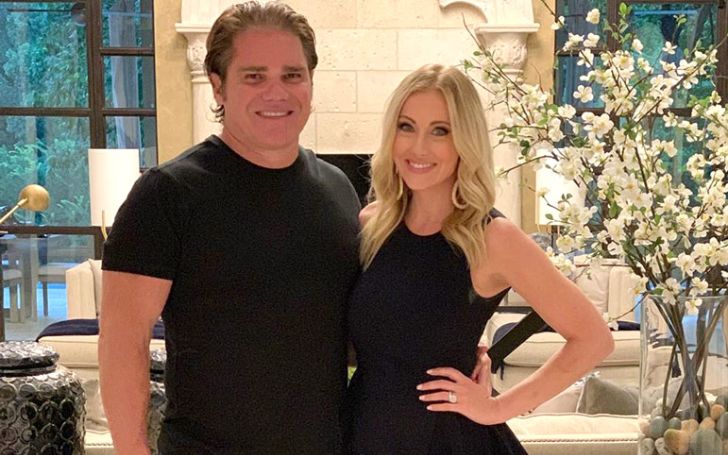 Who is Stephanie Hollman's Husband: Learn All About Her Married Life Here!

If you're an active fan of RHOD, best known as Real Housewives of Dallas, then you wouldn't miss the gorgeous Stephanie Hollman. The rich celeb who's been a part of the show since it aired for the first time is definitely the most appreciated member.

Stephanie, born on June 13, 1980, grew up in Coweta, Oklahoma. The philanthropist graduated with a psychology degree from Oklahoma State University.

The 41-Year-old gained a good amount of fame after being part of the reality TV show. The actress showcases her glamorous life with her husband and kids. Continue reading to know more about Stephanie's Husband.

Who is Stephanie Hollman's Husband?

The reality TV star Stephanie Hollman is happily in a marital life with Travis Hollman for 13 years as of 2021. The power couple tied the knot on April 19, 2008. Hollman shares two beautiful kids with her husband, Travis.

Despite being known as Stephanie Hollman's husband, the renowned businessman, Travis Hollman is surprisingly familiar with Hollywood's in and out. The successful innovator is the president of the world's largest manufacturer of office lockers and fitness and sports called Hollman Inc.

The multi-millionaire is renowned as the “fun-preneur” due to his endeavors in inventing fun companies. Travis' side hustles' you could call includes the invention of the hot Marshmallow Shooter toy, followed by an initiation of the highly-rated MTV show Bully Beatdown. Not to forget the production of “Vacation in a Bottle,” a celebrated beverage all over the nation.

Recommended: Who is Camille Cottin's Husband in 2021? Learn about 'Call My Agent' Star's Married Life!

What is Stephanie Hollman up to These Days?

The former model, Stephanie Hollman, initially worked as a social worker with Madonna House Shelter and Head Start before marriage. This instilled a helping character in the celeb, aiding her in the creation of The Hollman Family Foundation.

While living a luxurious life with her family in the posh neighborhood of Dallas, Texas, Stephanie appears in the reality TV show RHOD. However, rumors are circulating on whether Holman will continue in the upcoming season or not.

Recommended: Who is Yeonmi Park's Husband? Learn About Her Married Life!

According to her website, the Celebrity states her mission of showcasing the "powerful impact of kindness,." No wonder the star's gracious work for the needy is recognized.