home Entertainment Does Steve Parish Have a Girlfriend in 2020? - Find Out About His Dating Life

Does Steve Parish Have a Girlfriend in 2020? - Find Out About His Dating Life 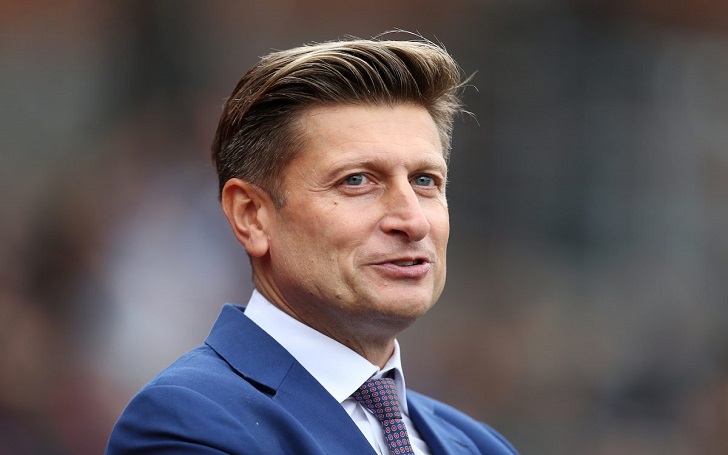 Steve Parish (born Stephen Parish) is a British businessman who is best known as a part-owner and Chairman of the Crystal Palace Football Club. Moreover, he is known for having the first-hand experience of establishing and growing successful multi-million-pound businesses.

Steve, who was born in Lewisham, London, first started his career working in computer graphics and later a stake in a company Adplates Ltd. He later renamed the company to Tag Worldwide, which is the world's leading advertising production company.

While it's no surprise Parish is a big name in the business and sports world, less is known about his personal life. So, we have dug some information about his private life, especially his love life. Without any delay, let's find out whether this multimillionaire is single or dating someone.

Is Steve Parish Single Again? Why Did He Break Up With Girlfriend Susanna Reid?

Steve Parish recently got through a breakup with his girlfriend, Susanna Reid. Well, not only Steve but also English television presenter and journalist, Reid is also millionaire who hosted BBC Breakfast, Good Morning Britain, Sunday Morning Live, and many more.

Steve Parish and the English television presenter called off their relationship after dating for nine months.

The former pair dated for nine months before finally calling it quit in April 2019. The rumors about their dating started in November 2018; after a week, Susanna disclosed she is ready to "settle down and fall in love again."

Steve and Susanna were spotted getting cosy while enjoying a romantic date night in Soho to watching a football match together. A source close to the couple revealed the reason for their split as their hectic schedule saying,

"It's very sad, but they just couldn't make it work. They both work extremely hard, and there wasn't enough time for romance."

Though the lovebirds have parted their ways, they are still very good friends. In fact, they were even spotted watching a football match together after a few days of their split. Before Steve, Susanna was in a relationship with former sports correspondent, Dominic Cotton for 16 years with whom she shared three sons named Sam Cotton, Finn Cotton, and Jack Cotton.

Steve Parish is father to two beautiful daughters named Isobel Parish, and Jessica Parish from his previous relationship. Steve is quite secretive when it comes to his love life and never spoke about his ex-wife or his previous marriage exclusive. Moreover, the details about his wedding and the reason for their divorce is not disclosed until this date.

However, the 54-year-old does share the snaps with his daughters on his verified Instagram account. Looking through his Instagram, one can know that the divorced father of two spoils his daughters to the fullest with luxury skiing holidays and regular sun-soaked getaways.

Recommended: Who is Skeet Ulrich's Girlfriend? Is the Actor Dating Someone in 2020?

His social media give a glimpse of how lavish life his daughters are living who have enjoyed their holidays from St Tropez to St Bart's in the Caribbean. Meanwhile, the British businessman supports his children in their every decision, and every means even when it comes to their boyfriend.