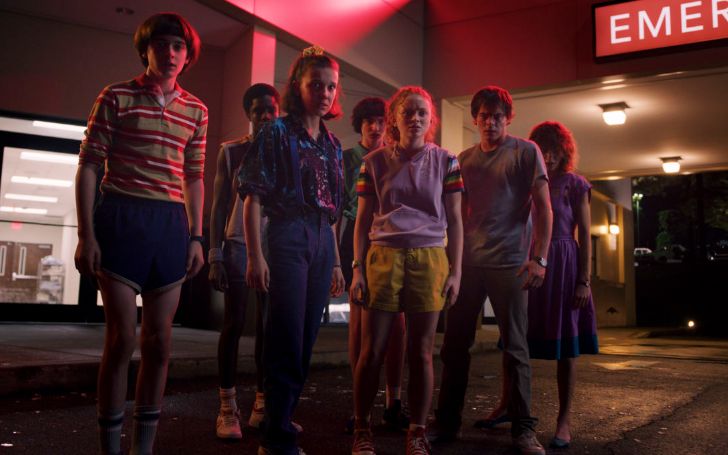 Well, nothing strange about the immense viewership Netflix’s series Stranger Things is garnering.

Netflix let the world in on the information as it released viewer data for the third season of the science fiction series, breaking the news that 40.7 million member accounts viewed at least a portion of the show since it was released. The show which saw its global debut on the Fourth of July, boasts the biggest viewership number for a Netflix original series or film at the starting phase of its release.

Not to miss, the data only takes into consideration the people who watched at least 70 percent of one episode. Looking for the exact figures on those who have already binged all 8-episodes of the season? The answer would be 18.2 million member households.

The announcement may come as a surprise to many as Netflix rarely lets the world in on their viewership numbers for its films and series, usually tucking those statistics — especially the total number of viewers or average audience for a given episode — under the wraps. However, as per Hollywood Reporter, Stranger Things‘ stats seem quite big while comparing to some of its other hit shows.

The third rendition of the Sci-Fi Thriller, Stranger Things finds the gang back in the small town of Hawkins, Indiana. Moreover, the season comprises of all of the original stars including Eleven (Millie Bobby Brown), Mike (Finn Wolfhard), Will (Noah Schnapp), Max (Sadie Sink), Dustin (Gaten Matarazzo), and Lucas (Caleb McLaughlin), as well as Hopper (David Harbour), Joyce (Winona Ryder), Jonathan (Charlie Heaton), and Nancy (Natalia Dyer). The excitement just soars as the Hawkins crew teams together in yet another quest to take down the evil Mind Flayer in the aftermath of possessing the residents of the fictional rural town in the summer of 1985.

Fans and critics alike have taken it upon themselves to praise the season, with people calling it the best season ever.