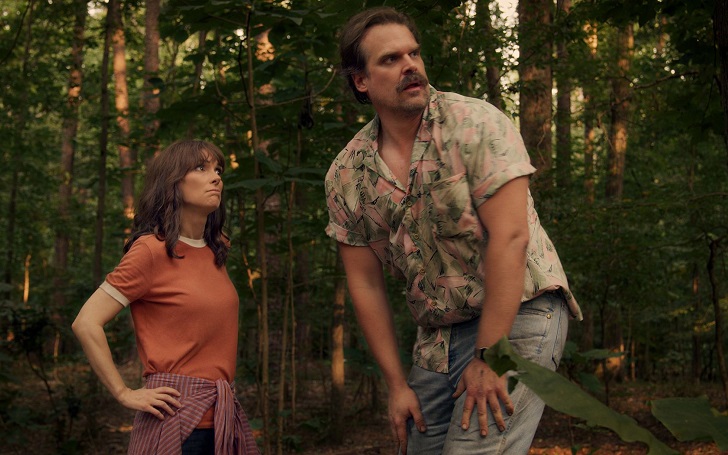 Netflix's 'Stranger Things' is one of the most successful series of the modern film industry, despite the setting of the show being in the 1980s. The rise of the show's fame should be credited, obviously, to the actors as well. We wouldn't have it any other way. But it may not have been the way it is.

A major reveal was done a couple of weeks ago that indicated the characters of Joyce Byers and Jim Hopper might have been different faces than the ones we so loved on the show. Winona Ryder and David Harbour were NOT the ones The Duffer Brothers originally intended the characters to be portrayed by.

Joyce and Jim wouldn't have looked like these.
Source: Stranger Things, Netflix

However the creators intended the show to be scripted as and no matter who the actors were supposed to be, we are grateful Ryder and Harbour were selected. Aside from the young members of the cast, these two are fan favorites, and it will always stay that way. Besides, their dedication to protecting the kids was so realistic; it is simply an inspiration.

Before the show started filming, The Independent reported that the creators had crafted a Bible dedicated to the TV series that mapped out what the executives expected from the first season, including who they wanted to cast as Joyce and Jim.

Regarding the roles of the two, their overview read,

"The limited nature of the project will allow us to target film actors for the adult leads. For example, Ewan McGregor, Sam Rockwell for Hopper [and] Naomi Watts or Marisa Tomei for Joyce."

The series was initially intended to run for only one season, so the creators wanted to cast big-name stars. It seems they figured it could go on for more than what they planned and wanted settled actors for the characters, instead of those who might bail after just one season. The decision should be applauded.

Now, the series already completed its third season, which was arguably the best one yet. It's getting more spotlight than ever, and with the inclusion of Maya Hawke as Robin Buckley, we've never been gladder to have the two adults in the show.

Stay tuned and connected to find out more about Movies & TV Shows on Glamour Fame.