The Internet star Joe Sugg and his girlfriend Dianne Buswell who only started dating recently are already inseparable and more in love.

Both Joe and his love partner Dianne looked all smiley and comfy when they stepped out to exit London in a matching and stunning outfit. 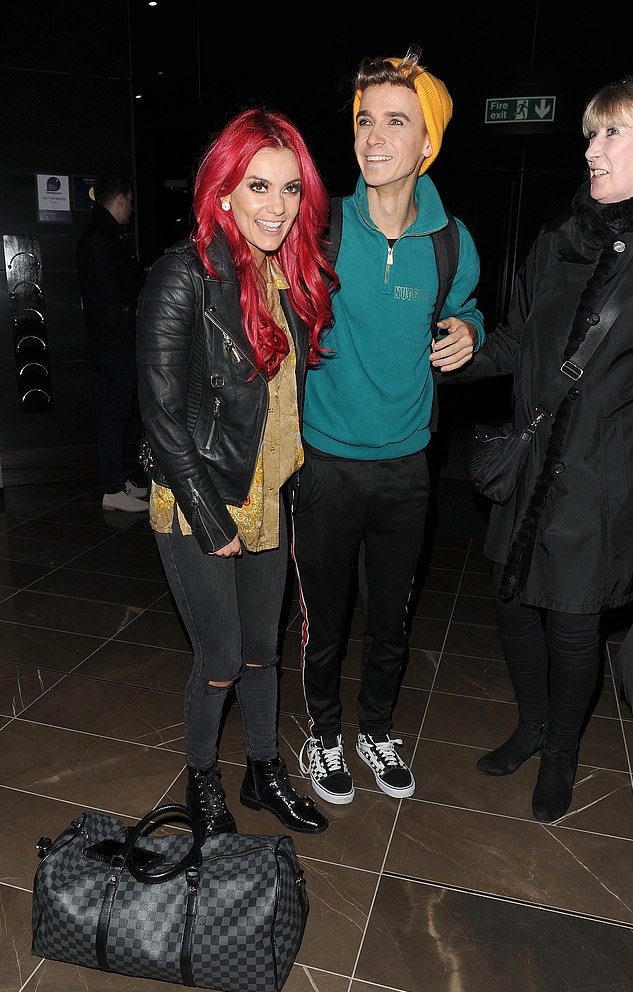 The 27 years old star, Joe looked all happy and glowy as he exits from the Wembley Arena in London with her 29 years old girlfriend and 'Strictly Come Dancing' partner, Dianne.

The sight of the pair comes after their recent tour performance on Thursday night on the dancing show.

You may also like: Ariana Grande Reacts To The Rumored Romance Between Pete Davidson And Kate Beckinsale

Sugg, dressed in a bright green jacket looked hard to not be noticed. To keep up with his stylish comfy gym look, the star wore a black trouser with a red striped line on the side and further completed the look with black and white vans.

Furthermore, Joe carried a black backpack and wore an orange beanie to protect his head from getting cold.

Likewise, his significant other aka Dianne opted to be dressed in a matching outfit.

Buswell looked effortlessly all stunning as she rocked a black leather jacket.

The Australian national looked trendy as she chose to wear a brown collared florist shirt and a pair of knee-ripped faded black jeans followed by a black shiny boot.

In addition, she accessorized her outfit by wearing a round silver earring decked with a crystal stone.

Her red flaming hair in loose wavy curls with a radiant layer of makeup applied on her face added an extra glamorous look on her appearance.

Don't miss: Robert De Niro Had a Meltdown Outside of a Manhattan Courthouse Following Divorce Proceedings

Meanwhile, during one of their performances on 'Strictly Come Dancing', the couple suffered an embarrassing fall on the stage.

The professional dancer, Dianne and youtube star Joe, awkwardly made a mistake during their performance at London's O2 Arena in front of a massive number of audience.

can’t believe they caught the exact moment you fell for dianne on camera 😶😭😂 pic.twitter.com/AX18eHvNky

In one of the videos surfaced over the internet, Joe can be seen dancing with his partner, but then, unfortunately, trips on the stage.

Although the youtube star tries to reach for his dancing partner, it's too late and both Joe and his dance partner are already collapsed on the stage.

As soon as the awkward incident happens, both the pair rushes towards backstage.

See more: Elizabeth Hurley Looked Radiant As Ever As She Stepped Out For an Evening At The Theatre in London

However, it's unclear whether the dance was actually part of their routine or not.

Probably connecting to the incident, Joe shared a tweet with a laughing emoji saying "Oops".