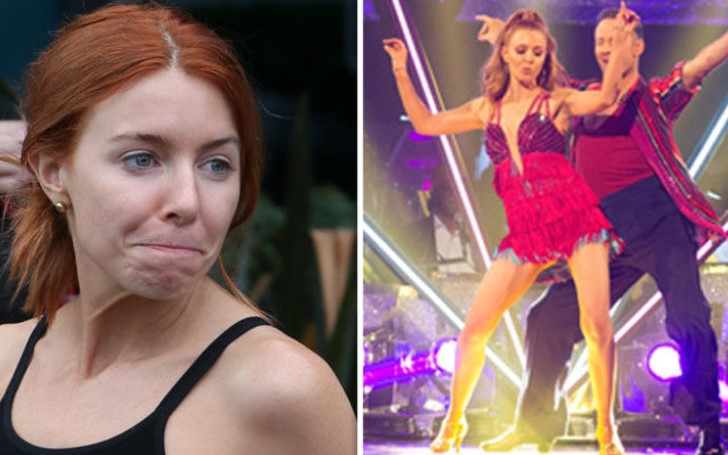 Reports are claiming that Strictly Come Dancing season 16 winner Stacey Dooley split from her ex-beau Sam Tucknott due to her growing relationship with dance partner Kevin Clifton. Although there is no confirmation that Stacey and Kevin's affiliation was romantic, their buddying activities allegedly went on to become the last strike for her former boyfriend.

Insiders forwarded to The Sun that Stacey's 'connection' with Kevin caused bitterness between her and Sam against the claims she barely spent any time with him at their Bristol home during her time on the show. Clifton and Stacey were partnered up during SCD where they trained together for five months before winning the crown of the show. 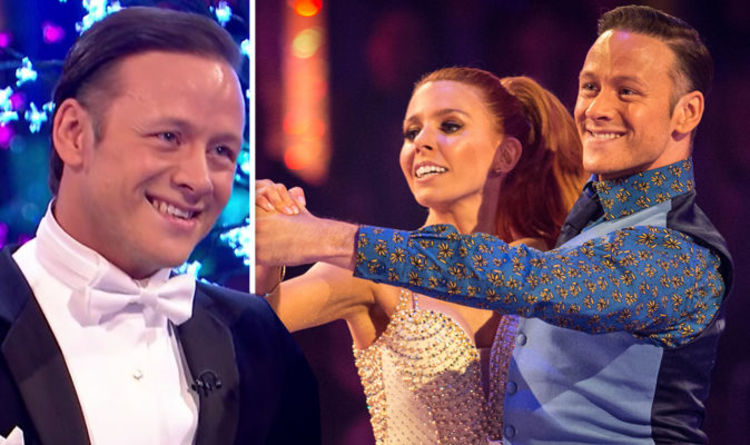 The sources also mention, before taking part in the show, Stacey, herself was convinced that she would never fall victim to the split curse--which was also one of the infamous backdoor dramas of Strictly Come Dancing.

The publishers added Sam found it difficult that Stacey dwindled so much time away 'in the arms of another man', rather than spending time with him. They then continued by saying, 'It definitely didn't help their relationship, especially towards the end. It didn't help that Stacey and Kevin remained friendly after the series.'

'During filming in December Sam had been vocal about her dancing with a single man and was really paranoid that they were going to split because of the show, with rumours he had become insanely jealous — even though she insisted there was nothing for him to worry about.'

This story is supported more by the statement of the Sun which says, ‘Stacey hardly spent any time at home with beau Sam since winning Strictly Come Dancing last year.’ Sam was apparently 'away for weeks' while filming for the show and has 'only been seen once' at the home. Furthermore, it has also been reported that Stacey found it difficult to maintain her romance with the personal trainer, 30, as insiders have claimed their lives were already going 'different directions' especially after Dooley had won the 2018's edition “Strictly” in December. 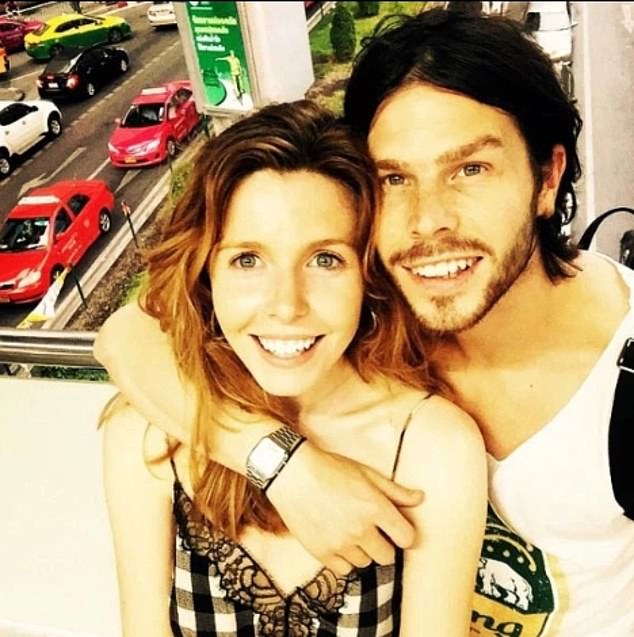 Stacey Dooley hardly used to meet with her the then-boyfriend Sam Tucknott during her time in Strictly Come Dancing.
SOURCE: Daily Mail

Sam and Dooley’s neighbors have also shared that it had been some time since they last saw the couple together but the beau at the same time was thought to be still living in the Brighton flat.

'She hasn't really been around since she won Strictly, I don't think I've seen her more than once since then, said one of the residents from the neighbors to Sun.

The fellow tenants added that it appeared Sam had been living by himself, although they couldn't confirm when was the last time Sam peeked out of the room. The peeps continued: 'Often Stacey was away for weeks and I think when they were filming Strictly she was hardly here at all. No-one has seen her and no-one has seen them together in months.' 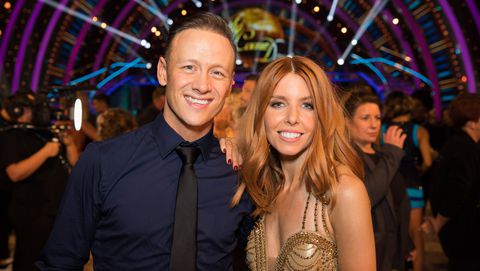 Reports claim Sam was getting insecure of growing closeness between Stacey and Kevin.
SOURCE: Good Housekeeping

Additional details regarding the matter are yet to surface. As news of the split broke, reps went on to explain their lives have gone in 'different directions' over the course of the last few months. On the same note the source told the publication:

'Stacey confided in her friends that she was struggling to hold down her romance with Sam because her life has been a whirlwind after Strictly. She barely saw him during the month-long tour and has gone straight back into filming documentaries and has been travelling all over the world.'

Reports are also saying, ‘They have a close circle of friends who hope things might yet work out but it’s not looking likely. It was very emotional and has been tough on them both', they added.

Stacey recently outlined her relationship with Tucknott as somewhat of a period that was already under quite a strain as she had often labeled him ‘useless, annoying and messy around the house’ while also narrating on the ups and downs of their home-life in a candid interview.

Back then, Stacey had said, 'My boyfriend never goes [traveling] with me, he would be useless.' 'I sort of get a bit annoyed when he’s not crying and sliding down the walls when I leave for these places. I’m like, "Are you not scared I’m never going to return? Are you not scared you’re going to lose the love of your life?" 'And he’s like, "You’ll be fine, you’ll be back in two weeks moaning about the state of the flat." And he’s right, that’s exactly what I do!' 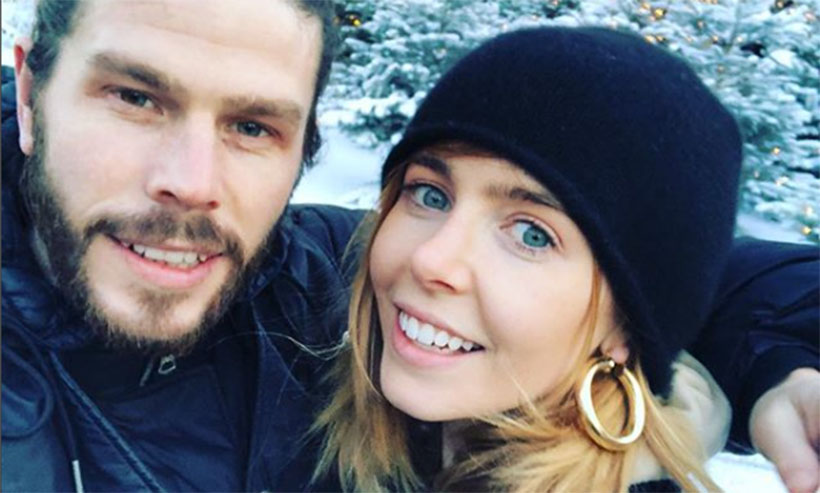 The BBC star added: 'I say to myself before I put the key in the door, "Don’t kick off about the state of the flat because it doesn’t matter," I go in, the first thing I say is, "Have you been busy at work? Is that why the dishes are in the sink?" I’m all passive aggressive! 'He will be like, "don’t start" and that’s fair, I think, "I can’t be ar**d, I’m too jet-lagged, we’ll resume this tomorrow!" He contributes in other ways...not like that!'

Dooley uttered her side of the story in an interview with You Magazine where she revealed she was the one used to do most of the housework as Sam was 'not very whizzy'.

Despite the vexation, Stacey praised his 'chilled and supportive' nature:

'He understands when you’re on top of a hill in the Democratic Republic of the Congo you can’t panic because someone’s waiting for you to call home.'

Stacy downright denied the rumors that she was being intimate to former dance partner Kevin and said Sam wasn't in the least bit jealous—when Times approached Stacey about her all that love triangle drama, back in February.

She told the tabloids,

‘The truth is Kevin and I are brilliant friends and he’ll be my pal for life, and Sam was probably the most supportive he has ever been. 'When I first got the gig he was just so made up. He was dancing around our living room. And every week he’d say, "Listen to Kevin. Kevin knows best". He was a dream.' The Luton native also said: 'Of course it’s weird. King Kev was my knight in shining armor, he sort of dragged me through the whole experience, it was such a dream.'