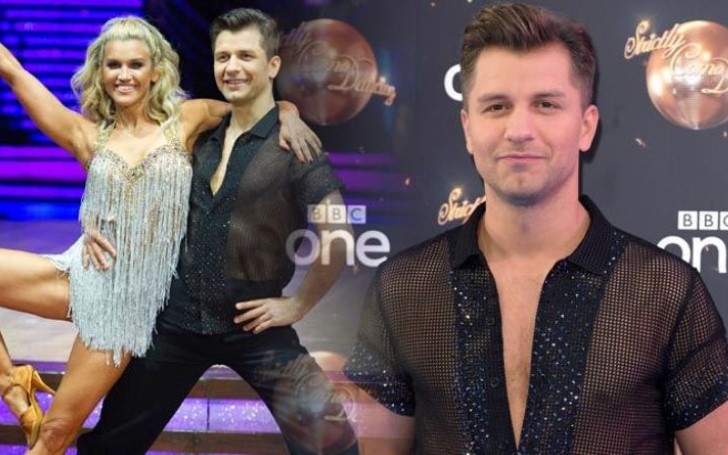 Russian professional Latin and ballroom dancer, Pasha Kovalev nowadays is the new example of champion’s curse or if to be precise, the new face of fame’s curse.

Being paired with 'attractive partners' on the show, Strictly Come Dancing, has led to fears that Pasha may eventually drag himself to possible hanky-panky situations while grooving it with various gorgeous in the show (well it’s at least what his mistress is saying as of recent but still according to rumors, of course).

Earlier, just a day before the Valentine, Pasha officially made it clear through his twitter that he quit SCD after “incredible” eight years.

The 39-year-old dancer announced the news on Twitter, telling fans it is time for him to “find a new challenge”.

"After scoring 93 perfect tens, reaching 4 finals and lifting 1 glitter ball, it’s time for me to find a new challenge and so I’ve decided to make last year – my final season on Strictly."

The Russian hoofer, who met his partner Rachel Riley on the BBC ballroom show in 2013, said he has had eight “fantastic years full of wonderful memories” and thanked his “incredible partners” and fellow professionals.

He finished by crediting his fans with a caption,

“The biggest thanks go to all the members of the public who’ve supported me so much over these years – I look forward to seeing you on the Strictly Pro-Tour this spring, and for many future adventures to come!”

The show’s official Twitter account also displayed the news in a statement which read: "Sadly after eight incredible series, the brilliant @PashaKovalev has decided to leave #Strictly."

Sadly after eight incredible series, the brilliant @PashaKovalev has decided to leave #Strictly😢. Pasha, from all of us, thank you for your amazing choreography and routines over the years. You’ll be sorely missed! 💕 pic.twitter.com/xtHmPwXGrf

"Pasha, from all of us, thank you for your amazing choreography and routines over the years. You’ll be sorely missed!"

Kovalev joined the televised dance contest in 2011 having previously worked on So You Think You Can Dance in the US. He then evidently replaced Jared Murillo who had only taken part for one series.

With the show, Kovalev went on to win series 12 with Love Island presenter Caroline Flack and also broke records with Ashley Roberts last year, after receiving five perfect 40s, the most given to a couple on the ballroom show.

Flack paid homage to Kovalev, who she thanked with giving her some of the "proudest moments of her life" by showcasing a string of images from their time together on the show.

It was also because of this very BBC show Kovalev found his future love and originally a Countdown star Rachel Riley in 2014. However, Riley was at the time married to Jamie Gilbert, who she met while studying at the University of Oxford.

Riley was too supportive of her lover’s career and success with SCD and also has been insisting that the so-called 'Strictly curse' was never a reason behind her partner’s resignation from the show.

“So Sad to hear the news that Pasha is leaving Strictly. You gave me some of the proudest moments of my life.... #champs #glitterball,” she captioned through her post.