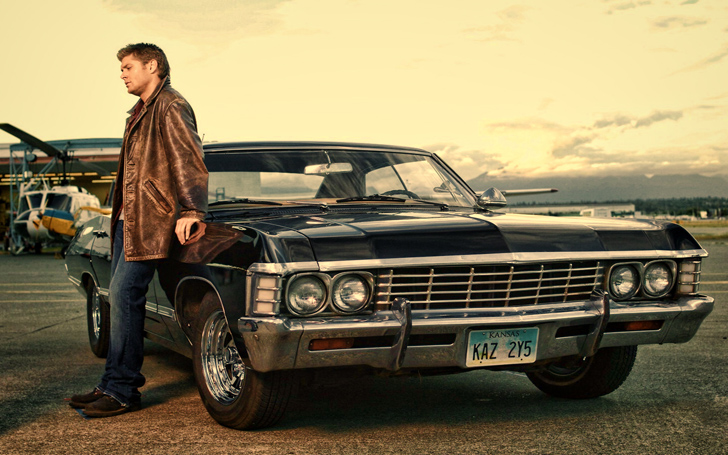 Baby's dashboard with buttons for bond like weapons? Well, it is what Eric is saying.

Some of the younger fans of the show, Supernatural, can say they grew up with the show, and they would be correct. The show is currently gearing up for its 15th, and final season, it was a long ride, but it needed to end somewhere. We fans were along for the ride since the start, but one member of the family is more integral to the Winchester’s story than anyone else, the 1967 Chevrolet Impala or as Dean calls the car, 'Baby'.

We saw Baby since the first episode of the show, and since then it appeared in almost all the episodes, and we consider Baby a member of the Supernatural family. There is no telling where the show would be without Baby, imagine Iron Man without his suit, Captain America without his shield; Baby is the same, she protects, loves and helps the two brothers. But the Baby would’ve been something else if Eric Kripke is to be believed.

Eric Kripke was the showrunner when the series debuted in 2005, and he intended the show to run for five seasons. Following the popularity of the show, CW kept running it for more episodes and seasons while Eric stepped down as the showrunner. The fans and the two brothers, however, kept the show alive and well but now the series is headed for its final bow, its time to put on 'Carry on my Wayward Son' and look back with the man who started it all. Amazon recently released the show 'The Boys' and Eric Kripke who co-created the show was on hand to answer some question on Reddit when one fan asked for a standout memory, and Erik revealed an amazing factoid about the Impala.

Eric began to answer the question by saying it was an emotional thing to say goodbye to the show, and he also praised the fans and the actors who kept the show going for so long. Then he said something we never knew before. Eric said, “we explored adding James Bond style switches to the Impala dash -- to release oil, or salt.” What???

We can see it was an appealing idea on paper, oil and rock salt coming out of the car would’ve been funny and useful, but then the whole thing would look like the 'Green Hornet'. Supernatural pitched itself as a horror story with two brothers searching all over America for the demon who killed their mom but putting gadgets in the car would’ve destroyed the illusion of realism for the show. The whole thing would be like a superhero comic series and yes the brothers do turn out to be almost like superheroes, but at the start of the show, a distraction like that would’ve taken people out of the story and divided fans.

Supernatural doesn’t need to add gadgets to make us feel the car is alive or helping, we know the car is an integral part of the show, and still, they made the episode ‘Baby’ in season 11, which is still our best episode. The whole episode is shot from the perspective of the car, and it feels like the car is alive and watching the brother. It was nice, Eric, and the crew shot the idea down before ending because we like our Baby, the way she is.

We will admit though; it would’ve been bad to do the whole gadget thing in the first season; we wouldn’t mind the writers doing a small bit in the final season though, just as a gag, referencing the original idea.

Also Read: Fans In For A Treat As You Can Now Watch ‘The Shining’ At The Hotel Where It Was Filmed

The final season of Supernatural arrives on 10 October only on The CW.