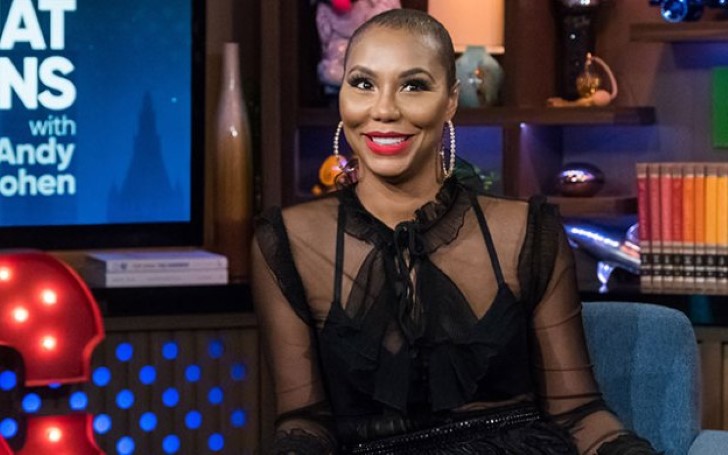 An American singer and actress Tamar Braxton shared several sizzling bikini photos on vacation in Nigeria with her new boyfriend.

The previous manager of The Real got social media on fire with some sexy photographs of her new businessman boyfriend. They both are getting very cozy poolside and his face is finally noticeable.

Tamar posted a photo revealing her boyfriend for the first time on her Instagram on 24 December 2018.

Also Read: The Psychology of a Rapist; What Triggers The Behavior of a Serial Rapist?

Previously, Tamar would often post hot pics with her new love interest without disclosing who he is.

Glory be to GOD 💫✨🤤 #loganwatchingyoassnigg🤪

Tamar satisfactorily cleared about her current relationship while talking to Wendy Williams.

''After dating for about three months. It feels like forever,”

''I'm very very much in love with the mysterious man.''

Although Tamar faced several problems with her ex-husband, Vincent Herbert it seems she is moving on happily with her new love life. Her several hot vacation pictures on her official Instagram further goes to show this.

Similarly: Cardi B and Offset are Reunited Together in Puerto Rico After Two Weeks of Split

Tamar divorced with Herbert in October 2017. Earlier, they welcomed a son Logan Vincent Herbert who was born on June 6, 2013.

Although Tamar parted ways with her ex-husband she is now moving on by dating a Nigerian guy whose name is still not revealed. It remains to be seen if she discloses in the near future.