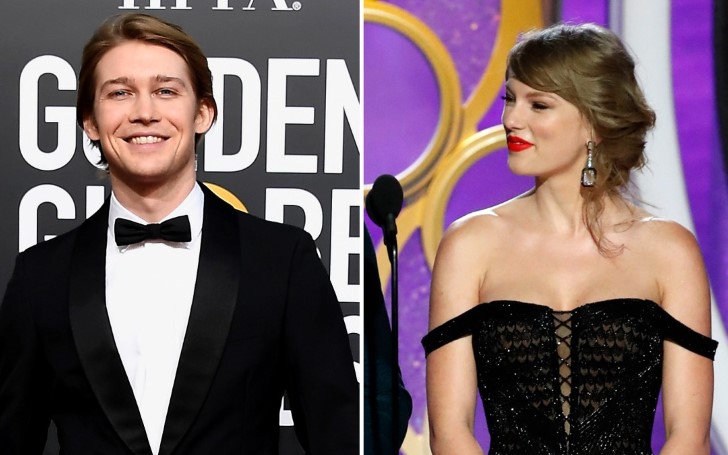 More than two years into their relationship, Taylor Swift and Joe Alwyn finally attended an award show together. The singer appeared as the surprise guest in the Award function.

On Sunday, at the Golden Globe Awards held in The Beverly Hilton in Beverly Hills, the Blank Space singer Taylor Swift made an unexpected appearance during mid-show to present awards as well as support her boyfriend Joe Alwyn. 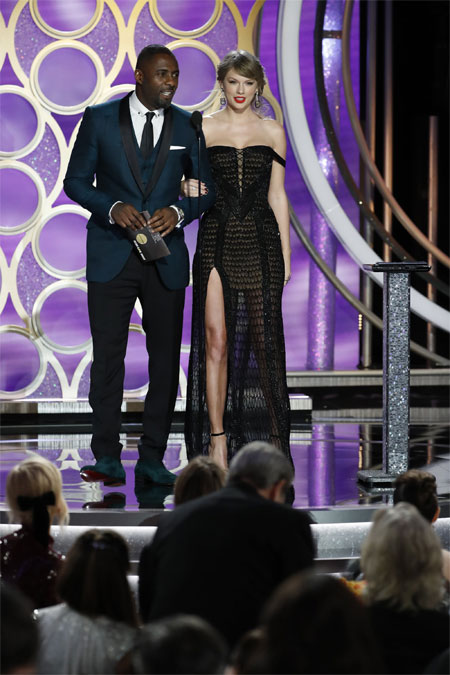 Taylor Swift and the "Mary Queen of Scots" actor have kept a low profile since they first began dating back in 2016. On the pre-show red carpet coverage, fans were eagerly waiting for the pair to show up on the function together. Instead, Alwyn walked the red carpet solo.

Shortly after, Taylor Swift was introduced as a presenter alongside Elba which came as a huge surprise. 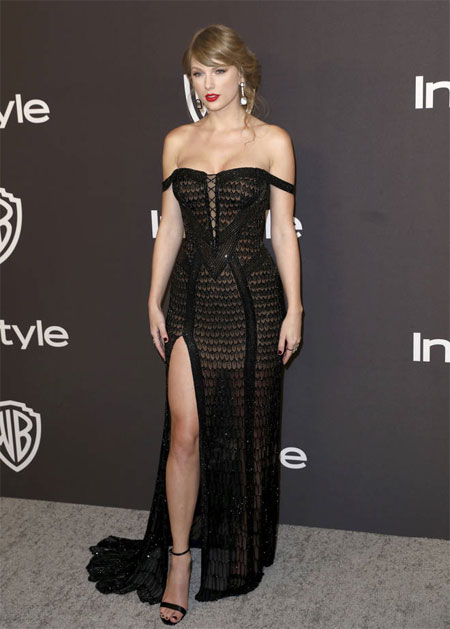 She presented the awards for Best Original Score and Best Original Song in a Motion Picture to First Man’s Justin Hurwitz and A Star Is Born’s “Shallow” respectively, alongside actor Idris Elba.

According to citation revealed by an eyewitness to US Weekly about how Alwyn reacted to seeing his pop star girlfriend onstage, the source said.

"While Taylor presented, Joe watched the teleprompter near him and smiled and [his 'The Favourite' costar] Nicholas Hoult patted him on the back. After Gaga walked on stage, Joe shifted his gaze to the stage near Taylor. She was smiling at him while she walked off the stage. She looked over her shoulder and gave a sassy cute little smile in his table's direction."

Earlier in the evening, Swift made another surprise appearance by recording a special video for The Handmaid's Tale's Elisabeth Moss, which was played for the Golden Globes nominee during the evening's red carpet.

"Hey, it’s Taylor. I just wanted to do this video as a shout-out to Elisabeth and say thank you so much for saying in an interview that you listen to my music when you’re shooting Handmaid's Tale because I’m a huge fan. I’m obsessed with the show."

Apart from presenting awards, Swift was also there to support her boyfriend Joe Alwyn who stars as Samuel Masham in the Golden Globe-nominated 18th-century historical comedy-drama The Favourite.

The movie earned five Golden Globe nominations this year, including best motion picture in a musical or comedy and best screenplay for a motion picture.

Also read: Get All The Winner Details of The 76th Annual Golden Globes

As per the statement by an onlooker to PEOPLE:

“Taylor showed up at the afterparty and stayed until the end with Joe. She and Emma Stone were chatting up a storm. Taylor just stayed by Joe’s side the whole night.”

Swift is just as supportive of Alwyn's career as he is of hers. The actor was by the pop star's side throughout her entire worldwide Reputation tour.