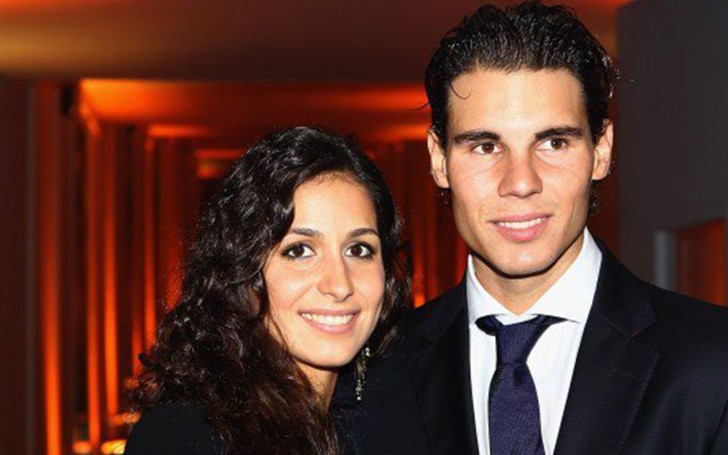 One of the most renowned names in the world of tennis, Rafael Nadal, currently ranked No. 2 in the world is set to wed his girlfriend Mery Francisca “Xisca” Perello after 14 years in a relationship.

According to the news, initially revealed by Spanish magazine Hola!, the 17-time Grand Slam champion finally popped the question to his long-term girlfriend Xisca sometime in May 2018 while on a romantic trip to Rome.

The duo kept their engagement under the radar for whole eight months until Hola magazine unveiled their secret.

As per the magazine, the recently engaged couple is about to tie the knot soon during this autumn in a Mallorca-based ceremony.

Earlier, in an interview with the British publication, Nadal who finished second to Novak Djokovic in the Australian Open 2019, disclosed his intention to start a family and have kids.

"I would love to have children, boys, girls… I’m a person who loves kids and I’m a family guy. But also I tell you that the reality is, the years keep passing, I would like to start to do all of this when my sporting life determines it."

"I have a girlfriend too and I am not alone to take decisions. You have to suit situations you know. Having family? I don’t know, things are not easy to be predicted. At this age, I thought that I would have already been a former player and that I would have started a family.”

Likewise, his fiance Mery who was previously spotted cheering Nadal in several championships believes in letting her partner have some space of his own.

“Travelling together everywhere, even if I could, would not be good either for him or for me. He needs his space when he is competing, and just the idea of me hanging around waiting on his needs all day wears me out."

It would asphyxiate me. And then he would have to be worrying about me … No. If I followed him everywhere, I think there’s a risk we might stop getting along.”

The good news comes right after his loss to rival Novak Djokovic in the 2019 Australian Open after his recovery from an injury plagued 2018.

The 32-year-old is expected to bounce back from his recent defeat when he participates at the Mexican Open in Acapulco, Mexico.