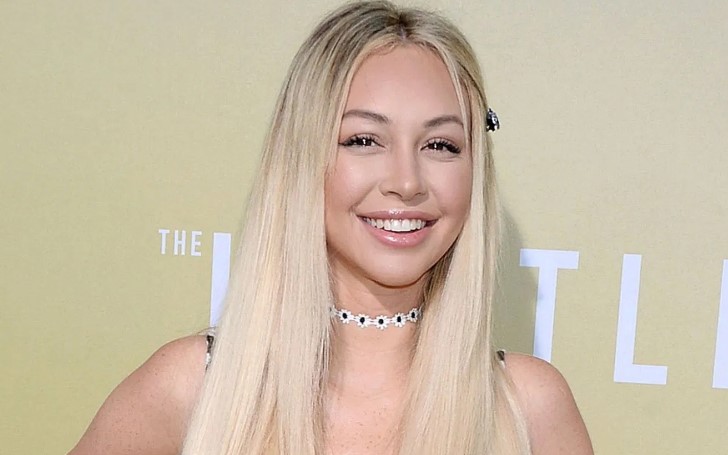 It seems Corinne Olympios may have found her soulmate, again.

'The Bachelor' alum Corinne Olympios is making the round of tabloid as it is suggested she found her new man in a matter of a few days she split with her former beau, Jon Yunger.

According to the reports, Corinne is currently dating Vincent Fratantoni, who is a real estate businessman. The couple is said to be met via social media, and recently, they were spotted together in Paris.

Corinne Olympios' alleged new boyfriend, Vincent Fratantoni. He is an American real estate entrepreneur, getting all the attention when the rumors of him dating Corinne started.
Source: Instagram

The reports also suggest Vince already met Corinne's family in Miami, and the couple is now house hunting.  The pair were first spotted together outside a West Hollywood restaurant called Craig's on December 7.

Following their spotting, Corinne's rep came up with a statement, why the former couple decided to part their ways. According to rep's statement, "Corinne and Jon ended up their relationship recently; Much of the reason is her need to stay in LA due to major career developments happening in the new year. They remain on good terms."

Corinne and Jon started dating in 2018 after they were introduced to each other by their mutual friends. And their split, of course, caught people by surprise because at one point, Corinne gushed Jon is her soulmate.

Corinne Olympios and Jon Yunger dated for a year; the former couple was introduced to each other by their mutual friends.
Source: Us Weekly

Well, it seems like even soul mates are not made for "forever." But again, we are happy for her as she found her another soulmate, maybe. Let's see how far these two go on their relationship. May the new year bring happiness, for now, the couple, and about Jon, may he find his soulmate too.

And Happy New Year to all you happy readers, have a good one. Cheers!