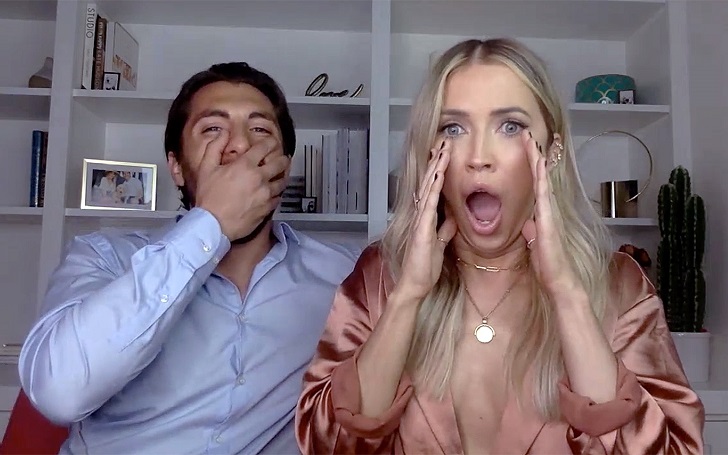 When Chris Harrison asked former 'The Bachelorette' Kaitlyn Bristowe if she wanted to be on 'Dancing with the Star', she couldn't contain the excitement.

Kaitlyn Bristowe was hoping to originally be on 'Dancing with the Stars' in 2015, the season she was part of the rare group of individuals who get to be in both 'The Bachelor' and 'The Bachelorette' — Season 19 of the former and Season 11 of the latter. And that was why she did not get the chance to compete in the dance show.

Specifically, though, she had a little bit of a contest with Bachelor creator Mike Fleiss, she alleged, that he would not let her compete in the dance show while being in the dating show.

Putting that in the past though. During Monday's online 'The Bachelor: The Greatest Seasons -- Ever!', host Chris Harrison gave her the surprise of her life when he offered her a chance to be in the cast, almost like proposing someone to be married. Yeah, like asking her to be married to dance and such.

"Kaitlyn, will you be on the next season of 'Dancing With the Stars'?" Harrison said. "I'm shaking. Oh my gosh. Chris, I feel like I'm going to cry. Yes, yes, yes, yes!" She exclaimed with uncontained excitement, "I am so honored to say yes!"

Watch: Kaitlyn Bristowe's Reaction When Learning of Her Chance

Bristowe is currently dating Jason Tartick, who was also her in the live session with Harrison. Her 'The Bachelorette'-winning relationship with Shawn Booth ended last year after three and a half years together, even getting engaged.

'Dancing with the Stars' is set to return for its 29th season later this year. But it's not exactly when or how the show will return, given the current state of the world. 'ABC Entertainment' boss Karey Burke told Deadline that she thought last season was "resurgent".