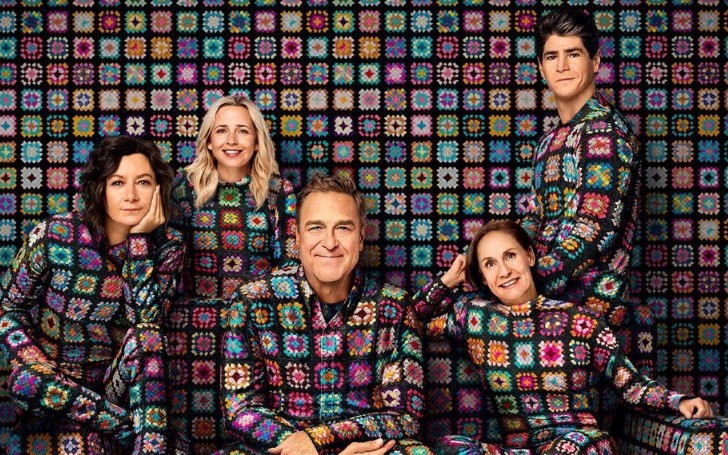 As we all know, 'The Conners' is coming back to our television screen soon. Previously we covered a story where ABC announced it will resume the filming of 'The Conners' season 3.

Recently the network teased us with its first look photo which shows a coronavirus pandemic inspired set of the show.

And there's some 'Conners' touch to the whole thing, the masks they are wearing resembles the famous 'Conners' couch. Well, it's just a first tease, a poster, ever since the network announced it's filming going to start soon.

The poster was revealed on Thursday on 'Good Morning America,' during which Sara told the upcoming season will 'reflect' the coronavirus pandemic.

Gilbert, during the show, said,

Previously, the network also revealed the show will also see certain changes due to the pandemic; The Conners season 3 will be without the live audience. You can find more information here.

You May Also Like: Apparently Adult Performers on OnlyFans Are Not Happy With Bella Thorne Making Million on the Platforms