home Movies & TV Shows "The Craft: Legacy" Trailer is Out Now! Find Out About It's Release Date and Cast

"The Craft: Legacy" Trailer is Out Now! Find Out About It's Release Date and Cast 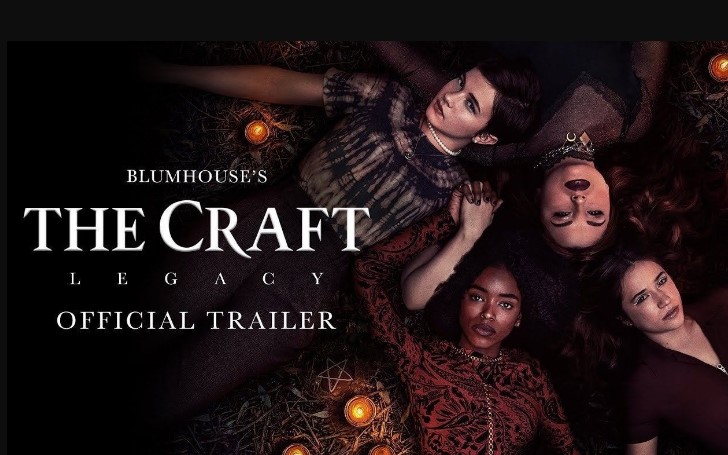 Everything you need to know about 'The Craft: Legacy,' watch the trailer and know when is the movie coming out.

The Craft: Legacy, a new take on a classic cult teen movie, "The Craft.' the trailer was recently released and we also know the release date of the movie.

We will get on its release date and other details in a while, but here's what you know about the original 'The Craft' movie.

The original movie is one of the defining teen movies of the 90s. The story is focused around a group of four high school girls on their journey into the esoteric.

The sequel comes after a long anticipation from, The Craft: Legacy was written and directed by Zoe Lister-Jones. She is known for her works in projects like 'New Girl,' 'Whitney,' and 'Life in Pieces.'

When is "The Craft: Legacy" Coming Out? Release Date!

According to the reports and its released trailer on Tuesday, September 29, 'The Craft: Legacy' will be released on October 28, 2020. Due to the coronavirus pandemic, the movie will be available via Video On Demand services.

The report, however, also suggests The Craft: Legacy will also get a theatrical release in some territories. The distribution team is yet to give the full details of theatrical releases. Please check with your local cinemas for further information.

Also See: "This Is Us" Cast Share the Good News About Season 5

The Blumhouse and Columbia Pictures announced The Craft: Legacy will be available for digital purchase for $24.99, or a rental for $19.99 next month.

The Craft: Legacy Cast: Who are the Star in the Movie?

The IMDb page for the sequel of 'The Craft' suggests that the movie stars Gideon Adlon, Zoey Luna, Cailee Spaeny, and Lovie Simone. The stars will play the characters of a new generation of witches discovering their power.

The writer and director of the movie, Zoe, in a press release, said,

"I'm thrilled to be able to share The Craft: Legacy with audiences all over the world this Halloween, It's been a true privilege to take on such an iconic title. I can't wait for the world to meet the incredible young women who make up our new coven."

While the producer of the movie, Jason Blum added,

"Zoe Lister-Jones has put a bewitching twist on continuing The Craft franchise, and Octo. We're thrilled that our partners at Sony Pictures are looking at the landscape opportunistically this Halloween, for audiences to watch at home in the U.S."

You May Also Like: 'F is For Family' Season 5 is Coming to Netflix

For more information on your favorite shows and movies, stay tuned to Glamour Fame, and don't forget to sign up for the newsletter.