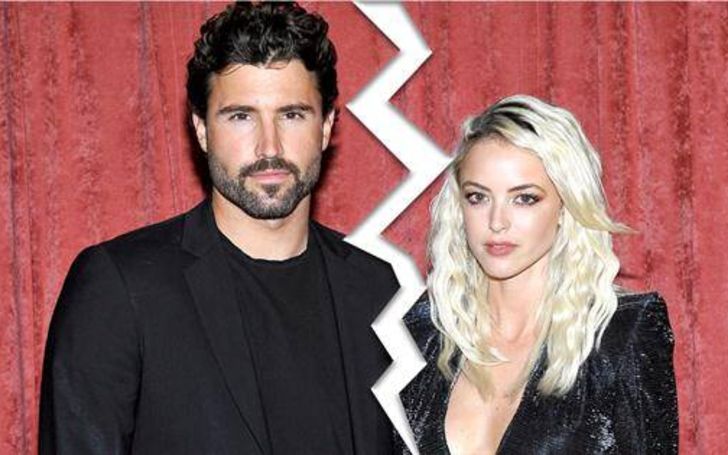 Television sensational couple Brody Jenner and Kaitlynn Carter call it quits! Just after a year of sharing the vows of togetherness.

Sad to many, but both the actors Brody Jenner & Kaitlynn Carter confirmed the news regarding their split by sharing a statement to E! News on Friday, August 2.

The statement shares few words hinting us with glimpses of why they decided to walk on the edges even they just married a year ago.

The statement shared by the couple to E! news source reads,

Brody Jenner & Kaitlynn Carter have decided to amicably separate.They love and respect one another, and know that this is the best decision for their relationship moving forward.

Following the legal rules, Brody, 35, and Kaitlynn, 30, were not legally married at all. As reports by TMZ, both the former partners who shared the vows in Indonesia on June 2, 2018, didn't carry a valid marriage license.

The reality stars met back in 2013 and shared those three magical words in 2016. Subsequently, after two years of dating and knowing each other, they decided to get married.

Fans for a long time came with predictions that it was 'sure to happen' precisely after we saw some of their on faced relationship challenges and obstacles on the episode of The Hills.

Nevertheless, everything happens for a reason, and we are sure this one does too. Both Brody & Kaitlynn parted ways without affecting their relationship and maintaining a mutual understanding. We wish a happy and prosperous life for both the stars as life has so much to offer.

Why Has Ricky Reyes' Wife Filed For Divorce? >>>