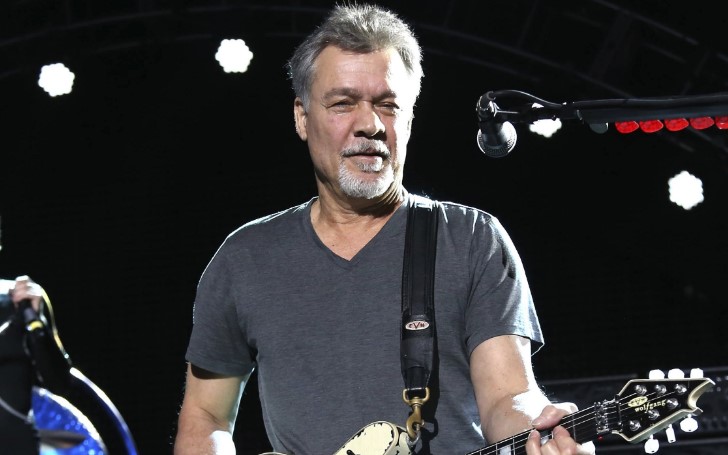 Eddie Van Halen died at the age of 65 following his battle with throat cancer.

This is, in fact, the saddest day for music lovers around the world. The legendary Eddie Van Halen died at the age of 65. The news came from TMZ. The media outlet reported on Tuesday that Van Halen died following a lengthy battle throat cancer.

The legend was originally diagnosed with cancer 20 years ago, the media outlet reported Van Halen's conditioned worsened over the last 72 hours. The report further suggests, doctors discovered his cancer migrated to his brain and other organs.

Following the news, many celebrities have taken to their social media to pay their tributes to the Rock and Roll legend.

Even Eddie's son, Wolf Van Halen, posted a tribute to his father.

"I can't believe I am having to write this, but my father, Edward Lodewijk Van Halen, has lost his long and arduous battle with cancer this morning."

"He was the best father I could ever ask for. Every moment I've shared with him on and off stage was a gift. My heart is broken and I don't think I'll ever fully recover from this loss. I love you so much, Pop."

Even Dane Cook took to his social media to post a tribute. Dan wrote,

"I lost my mom to cancer at 66.. too damn young. Eddie Van Halen was 65.. too damn young. Another lifetime of memories ahead of them should have been made. This hurts my heart. My mom and I would drive around in her car and blast Panama.. we both loved Van Halen music."

"I thought my mom was even cooler because she loved that rock music blasting out the speakers. I’m lucky to have had the mom I did and I’m grateful we had Van Halen memories together. I hope my mom gets a front row cloud to see EVH tonight. I will be blasting his music today mom."

You May Also Like: Netflix Cancels the Pro Wrestling Comedy Series "Glow"

'I Can See Clearly Now' Singer Johnny Nash Dies at 80

Who is Wolfgang Van Halen's Girlfriend? Find Out About His Relationship in 2020

Kelsi Taylor is in a Relationship with Dane Cook - How Long have the Couple Been Dating?