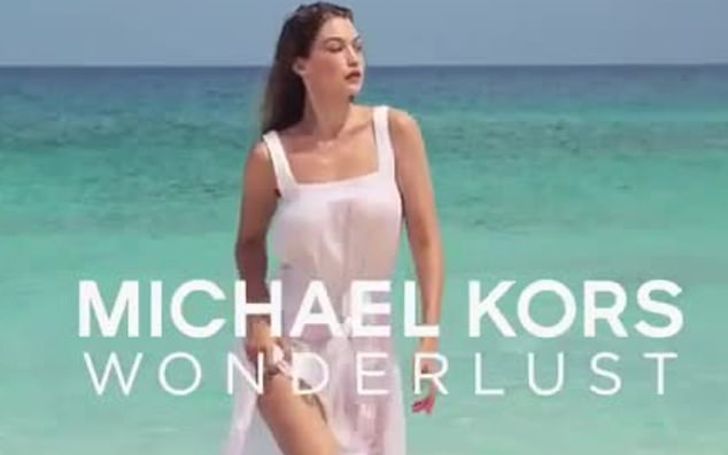 Multiple shots from the campaign unveiled featuring Gigi in an exotic beach, which they called 'A Fantasy Island.'

The 23-year-old model shared a splendid video on her social page, which featured her in a dreamy dress in which the supermodel looks like a mermaid on land.

Bobby Darin's song 'Beyond The Sea' plays in the background and on one shot, the Vogue model walks through the water in a white dress carrying an incredibly large tan-colored tote on her head.

Just yesterday, the vogue model posted the perfume campaign pictures on her Instagram, and it left us eager to hit the beach soon.

Read Also: How to Wear Leggings Like a Celebrity in This Winter

Gigi shared the video with her almost 50 million followers and captioned it "New Office, Who dis? my new @michaelkors#wonderlust fragrance commercial by the legends @inezandvinoodh."

Gigi addressed the collaboration in her statement and said: “Michael Kors Wonderlust is a vacation in a bottle. The fragrance is an escape – a little luxury that takes you away. I love the floral notes and the versatility, it caries me from a day at the beach to a night out with friends.”

Gigi was also pictured in a loose orange summer dress, running around while carrying a life-sized Wonderlust bottle.