Thomas Day is Back on AGT But Fans Have Mixed Reactions 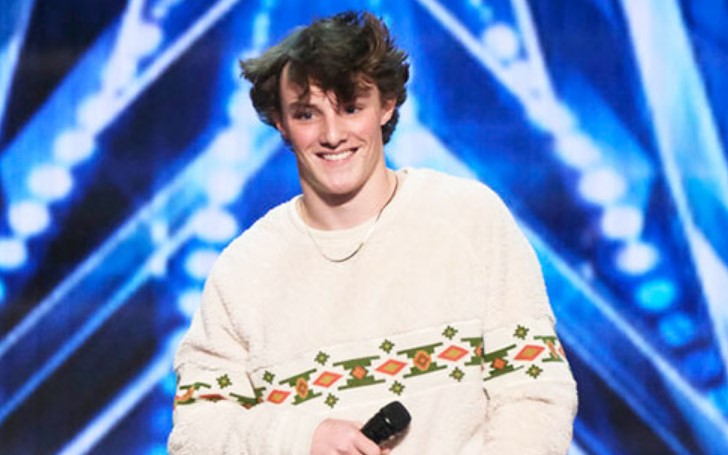 Fans have pretty mixed up reactions for Thomas Day's return on AGT.

Thomas Day, one of the most loved contestants of America's Got Talent this season, did not show up for the quarterfinals round of the competition.

The singer revealed he was unable to participate in the previous round because he was diagnosed with COVID 19. Since Day was one of the 'wildcard' acts chosen, show off their talents in the semi-finals.

Thomas was supposed to perform on the episode that aired on August 25, but he withdrew from the competition as both the singer and his mother were diagnosed with the coronavirus.

But Gold Derby reported Thomas withdrew from the competition due to his athletic commitments, which Day revealed to his one of the fans.

"So what happened was, I withdrew because I couldn't make it because of football. I am still pursuing music and in college. I'm gonna be pursuing music. But that's the truth. I wish there was something more to it… It makes me so sad that I can't perform, it really does."

So all these things have led to confusing fans; the only question they are asking is, why he was unable to perform in the quarterfinals but compete in the semi-finals as a 'wildcard.'

One fan wrote, "YIKES what a scary situation for Thomas -- it's right that they brought him back, honestly #AGT #AGTSemifinals."

Another fan wrote, "Remember, people, DON'T VOTE for an act that decided to DROP OUT then decided to come back as a wildcard. #agt"

Another confused fan wrote, "Uh Thomas, that's not what you said online, you said you couldn't perform cause of football. So was there a NDA to not say she got COVID, or is this bullshit for the sympathy vote???? #AGT"

While fans who were in support of Thomas said,

"@thomasdaymusic! So glad he and his mother are doing well! Thomas definitely deserved this moment tonight!! #AGT"

Another fan wrote, "I feel so bad for Thomas, but I am glad he got a second chance. #agt"

Well, the reactions from the fans, as you can see, are pretty mixed up.

You May Also Like: Joy Cutler Divorcing Kristin Cavallari and Dating Tomi Lahren All Details

For more information on your favorite TV shows, stay tuned to Glamour Fame, and don't forget to sign up for the newsletter.