home Entertainment Who is Harry Jowsey's Girlfriend in 2020? Find Out About His Relationship

Who is Harry Jowsey's Girlfriend in 2020? Find Out About His Relationship 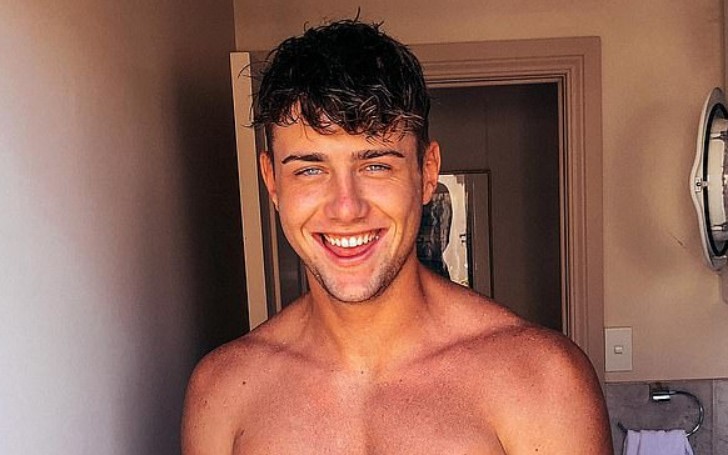 Here's what you should know about Harry Jowsey's girlfriend in 2020.

Harry Jowsey is an Australian model, entrepreneur, and television personality who is best known for his stint on Netflix's show, "Too Hot To Handle" (2020).

Harry was born in the Yeppoon town of Queensland, Australia on Saturday, 24 May 1997. According to the reports, the television personality pursued a double degree at some university.

Harry, who is an Australian native, is currently residing in Los Angeles, California. He is 6 feet and 5 inches tall, making him desirable for women.

We assume you already know about him, but do you know whom he is dating in 2020? Let's find out.

While many sources still firmly believe Harry Jowsey is dating Julia Rose, some outlets beg to differ. According to Dexerto, Harry Jowsey and Julia Rose are no longer together, which makes Harry single.

The rumors of their split started when Harry accused Julia of cheating. Julia, who dated Jake Paul prior to dating Jowsey, was alleged of cheating Harry with Jake.

Apparently, Julia did start seeing Jake again, but she confirmed she had already broken things off with Harry. Harry and Julia who started dating in October, called off their relationship within a month.

Jake, in response to Harry's accusation of cheating, said,

"I think he’s a little delusional… They weren’t dating, he thought that they were dating."

"He [Harry Jowsey] was very wanting love… and I felt like you know those people that if they’re looking for a relationship through anything it was like they’ll take any kind of relationship that they can get. It was super fast and a lot of different red flags came up."

"He would always bring up ‘my ex when we first started dating made me block you like I wasn’t allowed to follow you’ and it was almost a flex type thing of almost like he was flexing a new Rolex…I kind of said I felt he was dating me for the wrong reasons."

While the fling between Harry and Rose is over, which is confirmed by both the party, but it's still unconfirmed if Jake and Julia are back. However, after the breakup, Jowsey did mention that Rose used him to get back to Jake. Well, let's see if that's true.

You May Also Like: Who is Patrick Schwarzenegger Girlfriend in 2020? Is He Dating Someone?