home Entertainment What is Harry Jowsey's Current Net Worth? Find Out How Rich He Is

What is Harry Jowsey's Current Net Worth? Find Out How Rich He Is 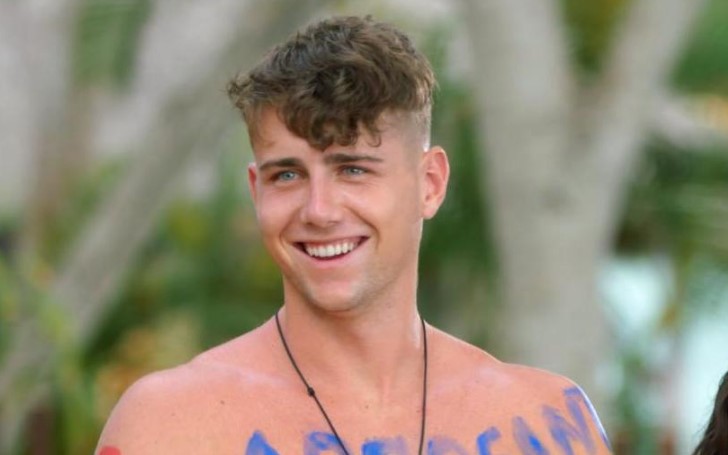 Here's what you should know about Harry Jowsey's net worth in 2020.

Harry Jowsey is an Australian television personality, model, and entrepreneur who is known for his stint on Netflix's reality show, "Too Hot To Handle."

Harry, who was born on 24 May 1997 in the Yeppen town of Queensland, Australia, pursued a double degree at a university. He is currently based in Los Angeles, California.

Many of his fans know from his stint on "Too Hot To Handle," however, it's not Harry's first reality show. Previously, Jowsey participated in a reality dating show, "Heartbreak Island."

Also Read: Who is Harry Jowsey's Girlfriend in 2020? Find Out About His Relationship

Harry not only participated in the show but also won with his fellow contestant Georgia Bryers. The cash prize has helped him grow his net worth massively in the recent past. So, let's find out how rich is Harry Jowsey.

As we mentioned earlier, Harry Jowsey participated in the dating reality show, "Heartbreak Island." Harry was named winner of the show along with Georgia Bryers. The reality TV star won the cash prize of $100,000 as the winner of Heartbreak Island.

This was Harry's life's turning point; while many would have chosen to spend the money on rather useless things, Harry invested the prize money in his business.

Jowsey started a clothing line "Naughty Possums" in 2018, but it seems he was already in business. Back in 2017, Harry co-founded an eyewear company, "Kensgtn," with his friend Kristian Barbarich.

Harry Jowsey has also worked as a model; the reality television star has been an underwear model for the brands like Calvin Klein and Tommy Hilfiger.

Moreover, Harry was also the winner of the 2020 Netflix reality dating show, "Too Hot To Handle." Jowsey won the cash prize of $100,000 from the show as well.

As you can see, luck has always favored Harry. Be it a business or a reality show; all odds are in favor of him. So, with the cash prize of two reality dating shows, and his other business, Harry Jowsey has an estimated net worth of $450,000 as of 2020.

You May Also Like: Tucker Roberts Net Worth 2020: Find Out How Rich He Is