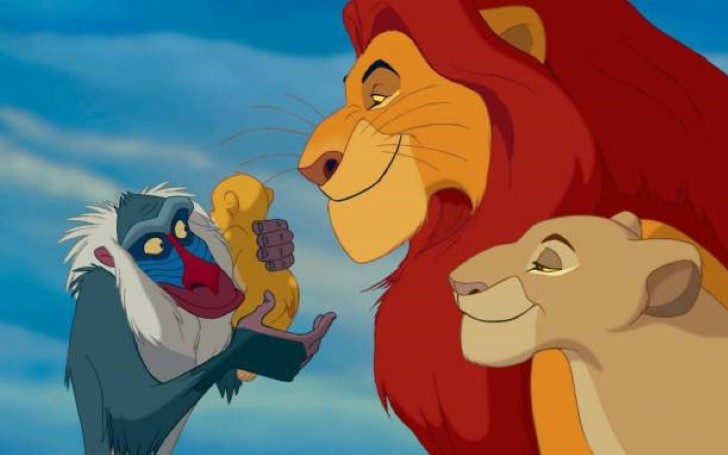 Disney has been making movies since the late 30s under the tutelage of Walt Disney himself. Over the years many of your childhood favorite movies were made by Disney. 'Dumbo', 'Bambi', 'Pinocchio', 'Snow White' are just a few examples of movies made in the early 40s and 50s which are still relevant today.

Disney pioneered the animation genre and its innovation in the field is the reason for the continued production of animated movies today. Ask anyone the movies they watched growing up and at least a couple of the movies will be a Disney production.

Not only animations but also live-action movies were made under the banner of Walt Disney movies. Every era of the movie-going experience has had at least one Disney classic among them. Here, we try to list the Top 10 Disney Movies From The 90s!

Here is the premise for you, Jamaica in the winter Olympics. Do not laugh, this was a movie that we discovered just jumping through channels on TV. A Jamaican sprinter is disqualified from the Olympic Games so he enlists the help of a disgraced former coach to compete in the Bobsled event in Winter Olympics. This was one of the funniest heartfelt movies we've ever seen, back when Disney used to make sports drama these types of gem came to the top. We miss the old Disney.

When the emperor demands a man from each family to join the army, Hua Mulan secretly goes in his place to save her aging father. This movie was based on the greatest Chinese heroines and the movie itself was an empowering 100 minutes of family fun. With Oscar nominations and Golden Globe nominations, this was also successful at the box office.

Two twins separated at birth and raised by their biological parents each, meet at a summer camp and decide to bring their parents together. This was the directorial debut of Nancy Meyers and the movie itself was a tearjerking funny experience. Frankly, You want to tell 'Rosa Diaz' that you made a list about the 90s Disney movie and forgot to list Nancy Meyers' movie? We know we don't.

'Hercules' and 'Hera' are stripped of their immortality at birth and they must become a true hero in order to reclaim their place among the gods. Hercules is one of our favorite animated movies from Disney and frankly, James Wood 'Hades' performance is as iconic as Robin Williams' 'Genie'. That alone will keep this on our list for the best 90s Disney movies.

Aladdin was a revelation when it came out, Robin Williams' rap inspired Genie performance was and always will be one of the most iconic performances ever put on film. The story, the music, the songs and the setting for the movie will always make this animated film as one of the very best. To have a performance so iconic that it still holds up 25 years later is a feat in itself but the untimely demise of Robin Williams and the circumstances surrounding his death will always make this one of our favorite Robin Williams' film.

Toys we play with have a life and they come alive when we are not around simple enough premise but this was beautifully constructed as the battle between 'Woody' and 'Buzz' the new toy which believes itself to be the real Buzz Lightyear. This was the second movie from 'Disney Pixar' but this was the movie that really announced the intentions of 'Pixar' studios, to construct wholesome fun for both children and adults.

Toy Story 2 was the continuation of the story from the first film, as the two toys 'Buzz' and Woody become friends, Woody is stolen by a Toy collector who is going to sell 'Woody' with his set to a museum. The struggle 'Buzz' and the gang go through make for a compelling story about love and friendship. 'Toy Story' is probably the only franchise where each successive movie is better than the previous one. This one though only makes it to number 4 on our list.

3. Beauty and the Beast

The first animated movie ever to be nominated for the Best Pictures award at the Oscars is an achievement in itself. If you don't care for Oscars and say that 'Crash' and 'The Blind Side' won the best picture Oscars then we will tell you that this movie has one of the best musical scores ever. Made in 1991 Beauty and the Beast still holds up today and the remake of the movie as a live-action adaptation which went on to gross a $1.26 billion at the box office is evidence enough to show the impact it had on pop culture.

This is the hill we've chosen to die on, this is our list so this is our second pick for the best 90s Disney movie. A young pilot stumbles on to a prototype jetpack which allows him to become a hero. Do not expect The Dark Knight from this, it is not that, this movie is simply a goofy fun action rom-com that is way ahead of its time. The plot you may say is vague, the story you may say is pedestrian but growing up this was our favorite superhero. Fighting against a Hollywood superstar who is secretly a Nazi soldier, played by the fourth James Bond, Timothy Dalton, was and always will be one of our favorites.

Like the previous pick was a surprise this is not, anyone who is asked to list the best 90s Disney movie will list 'The Lion King' as the best. From 'Simba' voiced by Matthew Broderick to 'Mufasa' voiced by the great James Earl Jones and Jeremy Irons as 'Scar'. This movie was as lavish as it was instructive and anyone who grew up in the 90s has said 'Hakuna Matata' at least once. Also, who can forget the 'Timon' and 'Pumba' cartoon on TV? This movie was a great tool to let children know about responsibilities and facing your fears. It was a beautiful movie when it was released and it will still be celebrated after we are gone. Now, that is what the best movie ought to be, standing the test of time.

The 90s was the golden period for Disney animation, the time which is considered to be the Disney Animation Renaissance. One best picture nomination and numerous Oscars win put this era as one of the most productive and financially lucrative eras for Disney.