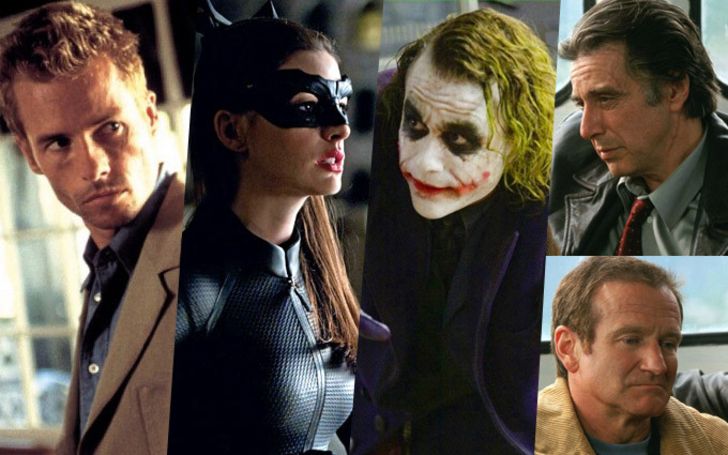 Hollywood boasts a lot of movies that go down in history as masterpieces and among those, a name just stands out when it comes to the directorial manifestation in those movies. Yes, we are talking about Christopher Nolan the most imaginative director the cinematic universe of Hollywood has ever come across.

Today we bring to you the best picks which capture Christopher Nolan at his finest. We're sure are not the first to put this list forth but we sure have a different take on it. So which is the Christopher Nolan movie when you get past the hustle and bustle of the movie? Well, see for yourself!

You can see the early signs of Nolan film making in this flick that saw its release in the year 1998. The movie followed a man who follows people around to observe their daily activities was stot in a 15-minute stint over the course of a year. The original Nolan spark can be witnessed in the movie as it boasts its fair share of play with structure and time. The extreme-closeups on inserts and crosscutting sure presents that astounding directorial flair. Actually, the technical mastery earns this movie the 10th spot on our list.

The two other movies in Cristopher's Batman trilogy were total marvels but the third rendition seemed quite an outcast as it felt compromised. Although the movie possesses a variety of bewildering scenes including a mid-air plane hijack scene, that just captivates the audience to their very core, The Dark Knight Rises fails to meet up to the hype two of its predecessors built up for it. In fact, the movie couldn't explore the highest of skies due to the varied plot holes it comprised of and the cliched ending that totally defied the out of the box element of Nolan's jolting sum-ups.

This sci-fi masterpiece hosts one of the best scenes shot in outer space and the prolific acting chops of Mathew McConaughey just the icing on the cake. The actor falling through the black hole while plunging towards the defiance of the space-time continuum is just one of the best scenes in the movie. The visual effects of 'Interstellar' were created beforehand which gave a chance for the actors to submerge themselves into known territorial sets rather than a green screen, making their reaction and responses even more precise.

However, the movie fell short on the issue that many sci-fi and horror movies struggle with, too much explanation which earns this movie just the 8th spot on our list despite the popular belief that it deserved a higher spot. Interstellar would have vouched for a greater execution if it simply were to have 30% less conversation. The elaborate dialogue play fails to tap into the imaginative and perceptive abilities of the viewers just spoon feeding the plot line.

Inception holds one of the best moments in the extended length of Nolan's directorial mastery. The concept of dreams versus reality is put forth in such a manner that all the fans and critics alike were left in complete and utter awe. The dream-reality continuum movie discovers every corner of the unknown genre making a complete masterpiece with the aid of captivating visuals and immensely imaginative directorial efforts.

Nonetheless, the concept established at the beginning of the movie struggles to be followed through to the end which gives rise to a series of plot holes. For instance, the concept of a kick (the falling sensation which wakes you up from a dream) doesn't even have any effect on the dreamers during the part where they fall off the van into the water. It does try to write itself out of the plotholes, however.

This movie is the true embodiment of the origin movie DC and Marvel have been searching for a while. 'Bruce Wayne', a truly flawed person uplifting an immense amount of guilt on his shoulders, consumed by anger and the desire for vengeance just wins over the hearts of fans. Moreover, the protagonist being sort of a brat makes his transformation just that much precise and effective. As a matter of fact, this movie put forward the idea that a more humane approach to superhero characters can provide utter justice to the storyline and movie in general.

Marking its existence in cinematic history as the most haunting detective films ever, the reason, Al Pachino's astounding depiction of the protagonist who is totally under the mercy of deeds in his past but still has a job to do. The greatly personified relationship between the hero and the villain adds up to the thrill of the movie. With a fine line between their relationship, the dynamics of the pair is just astounding.

The protagonist is quite compromised and due to this reason, the whole movie gains a major presence of a constant layer of suspense and drama through and through.

With a fantastic achievement on the visuals, Dunkirk stands on a different plateau as it achieved which many of his other movies have not been able to, it shows rather than tells. Indeed, less is more. Defined as the most authentic and suspenseful movie ever created, Dunkirk just forces us into the Dunkirk soldier's shoes making it much more engaging.

The Dark Knight hosts some of the most unforgettable moments and some of the performances in a superhero film. In fact, Heath Ledger goes down as one of the most dynamic villains of all time while bringing the charismatic and humorous yet evil character of the Joker to life. The movie that is all about chaos and battle captured the heart of millions successfully through is a precise and captivating presentation of the already great storyline.

This movie is one of those revolutionary ones which just changed the cinema scene forever. Not only that, Memento gave rise to a new storytelling style for Nollan. Taking full advantage of the medium as we've never seen before. To add up, the combination of themes and various cinematic device creating a spectral and unforgettable masterpiece that makes you question your own memory. We get a taste of Nolan's signature storytelling traits through these time jumps, inserts, and an elaborate mind-f*c* showcasing us the pinnacle of film making.

One of the cinemas greatest modern films that came as a result of Nolan's analysis of what he accomplished through Memento's unique take on storytelling and improvised to take it a step forward. The theme is so intertwined with the world of magicians. Furthermore, the director found a thematic metaphor in the form of a magic trick and decided to fame a story upon it. The most important point to take away from the filmmaking of Nolan is the fact that the film is about magicians but is a magic trick in itself.

Nolan's bewildering imaginative artistry that makes fictional characters come to life shall sure keep us engaged in his storytelling through the foreseen future.