Top 10 Most Powerful Characters In Supernatural 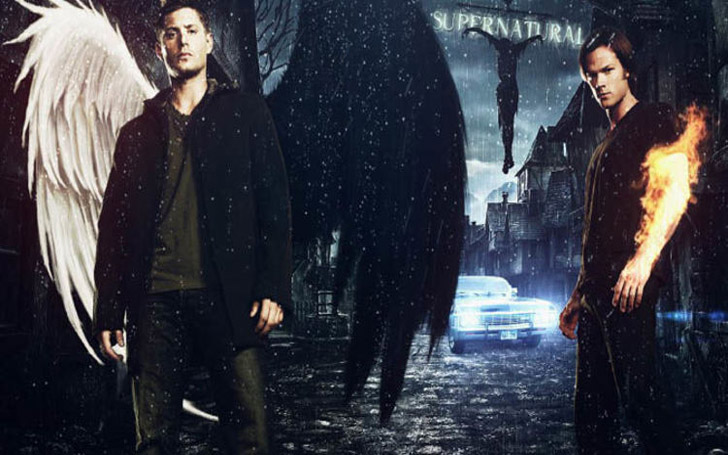 Starting in 2005, all we saw at the start was two brothers traveling together to the annals of the United States and fighting supernatural creatures along the way. The first real impression we got from the series was the yellow-eyed demon who was the strongest creature there is, but now the pesky little demon won’t even make it in the Top 20.

From fighting demons and ghouls and vampires the show morphed into this wild ride the characters went on which we would’ve never guessed 14 years ago. Supernatural is coming for a final ride in October, so we thought it would be an excellent time to sit back and rewind.

The show is riddled with superpower entities, and it can be hard to really figure out who is the most powerful of them all. So, we are trying to list the characters we think are the strongest, without further ado; let’s dive into the list of the top ten most powerful characters in Supernatural.

When 'Castiel' made his first entrance inside the barn, it was one of the most badass entries in the show ever. We saw the first appearance of an angel in the show, and Castiel lived up to the name. He was powerful and also a fan favorite, which is how he turned a cameo appearance into a full-blown series regular part. We loved Castiel, but since then, stupid decisions and lack of awareness from the character made him slide down our pecking order. We wanted to dump him from the list altogether, but we are expecting Castiel to go back to the old ways when battling 'Chuck'.

Everyone’s favorite demon made his appearance in the show as a powerful demon, which helps the brothers fight Lucifer. 'Crowley' fought Lucifer, ruled hell, and died in another world because he was trying to do the right thing. Crowley was a beloved ruler, and he made sure people knew he was the most powerful demon in the world. His death still stings a bit, but he was a strong presence while he lived.

Dean is a human and we are putting him among cosmic entities and demons, you may think it is unfair comparisons but hear us out. You are probably thinking about what power Dean possesses over all the other people who are on this list. Well, he’s got the power of plot necessity, jokes aside; Dean is the most unkillable dude in the entire Supernatural show. He’s probably died almost 150 times, and still, no one knows how to kill him. Went to hell, carried the mark of 'Cain', killed Cain, became a demon, mowed people down in purgatory. If he were someone with power, just because of his achievement, we would’ve put him at the top of the list. But maybe he will kill the god in the final season, and we will have our undisputed, most powerful character in Supernatural.

'Gabriel' came to earth after getting tired of his brother’s squabble in heaven and became the trickster or Loki. He was confronted by Sam and Dean, and he even faked his own death. Gabriel just wanted to chill, so he never really used much of his power except for having fun but don’t let the fun-loving archangel fool you. He is one of the strongest beings of them all in Supernatural.

The warring brothers are almost always tied at the hip because of the resentment they have for each other. The brothers are actively trying to kill one another, and Lucifer succeeds in one world, and 'Michael' succeeds in another, and when Michael comes through to the real world, he uses Dean’s body to strip Lucifer of his powers. Michael and Lucifer were destined to always fight against one another, and when they met, it was not a disappointment at all. With Lucifer and Michael gone, they both were powerful adversaries in the show.

'Jack' or 'Nephilim', the son of Lucifer, is, without a doubt one of the most powerful characters in the Supernatural series. He is just two years old in the show, and he even possesses the power to create angels, the only person we know who can create angels in God. It only shows you how much power the little boy contains.

Well, 'Death' is…..well death. The entity responsible for taking lives, and there is no particular way to get rid of death ever. Anyone named other than Sam and Dean Winchester cannot escape death and Death is everywhere, so we know the entity is powerful.

How do you kill shadow? There cannot be light everywhere, so the shadow is never truly gone, and we know the interaction with Castiel when he was stranded in the Deep. The entity is powerful just because you cannot kill the Shadow, as long as there is darkness, there is going to be shadow and its presence.

'Amara' is the sister of God; she is the other side of the coin from god. They both need each other for the stability of existence, and we saw what Amara did to God during their battle. Amara is someone who possesses the power which equals God, so we know she is powerful. The reason she is in the second spot is God tricked her into being his companion. We see what he clears as day now after the revelation of the 14th season. In a way, God bested Darkness, and it is the reason why Amara is second on this list.

God created everything, he is the architect of every world and the multiverse, and he created the earth, hell, and heaven. Who can really be more powerful than the entity who is responsible for everything we see around. The finale told us exactly why God is powerful because he wrote everyone’s story, and he was just having fun with everyone. It will be amazing to see how the brothers, Jack and Castiel, face off against the person who created them.

The final season of Supernatural is coming, and the most powerful being in the universe is the big baddie. It is shaping up to be a banger of a final season, and we cannot wait to see what is in store for our favorite brother as they go up against a god.