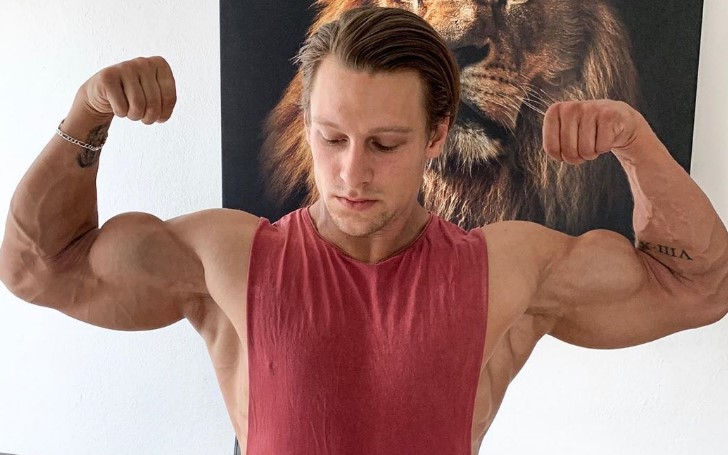 Steve Kris is an Austrian Lad from Salzburg, Austria, who was born in 1992. The 26-year-old is a professional bodybuilder and a coach.

Steve, who was challenged by Vitaly Zdorovetskiy, his journey to become a pro bodybuilder and a coach has a very intriguing story, which left us in awe.

We have picked some of the interesting facts about this lad, so without further ado, let's check them out.

5. Steve Kris was a soccer player

Steve Kris was very athletic from his early age; according to some reports, the 26-year-old pro bodybuilder started playing soccer as early as from the age of four.

Steve always stood out among his other teammates in school and started playing soccer professionally, choosing the sport as a full-time career.

4. Steve Kris gave up his soccer career following an injury

The former soccer player, Steve Kris, had to give up his soccer career following an injury on his ankle.

The professional bodybuilder stated, "As a teenager, I played ten years soccer; however, after a bad injury in my knee, I had to stop my soccer career."

Well, it was a sad turn of events, but luckily, the 26-year-old found something to motivate him in life. Kris said he was always looking for some motivation and challenges. So, the former soccer player started to workout and tried to make some muscles gains.

Many of us would have given up on life after a career-ending injury, but hats off to this man, Steve Kris who fought through the odds and eventually won.

The fitness coach states he trained for seven years straight, to finally publish his own book about fitness and diet in 2014.

The pro bodybuilder embraced the bodybuilding competition the same year and bagged himself the fourth position on his first-ever championship. This is already so inspiring!

Well, many of us assume being a fitness coach, the 26-year-old must be very cautious about his calories intake, but that's wrong.

Steve Kris eats an insane amount of food, and by food, we mean just about any food, which many trainers are scared of. Pizza, burgers, fries, you name it, this lad will devour everything.

But you must be wondering, how? The secret is training insanely as well. If you can burn the number of calories you intake, then maintaining a physique is easier. Can Vitaly, who is the new face of Ignite CBD, beat Steve on this?

1. Steve Kris's inspiration is himself

Steve Kris considers himself the biggest motivation in life, the 26-year-old said: "he is his own inspiration."

The professional bodybuilder stated he wants to be better than the guy he was yesterday. Steve believes giving his 100% to succeed in life.

This was undoubtedly a very uplifting story, and we can learn so much from this 26-year-old. just like we learned so much from Tig Notaro.