Everything You Need To Know About Stand Up Comedian Tig Notaro 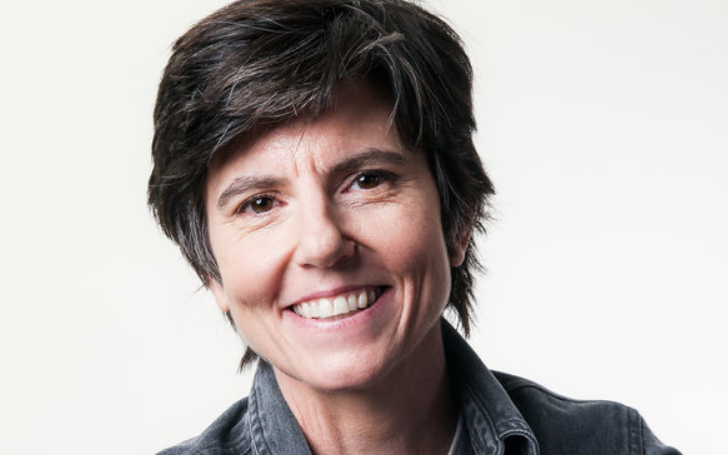 Tig Notaro, a funny, a daring and a bold person you will ever see, people love her comedy but, moreover, you will love her as a human with a fighter.

Notaro, born on March 24, 1971, is the liege lord of deadpan, who started her comedy career in the late 90s. The comedian played an open mic night at the Los Angeles clubs. Tig Notaro is an American comedian known for her deadpan delivery. She received a Grammy Award nomination for the 2012 comedy album 'Tig Notaro Live.'

Notaro, 48, with her vast popularity, landed a guest spot on TV shows like the 'Sarah Silverman Program,' In The Motherhood, Community and The Office. There's absolutely no doubt how an amazing person Tig is, but, tragedy struck her hard.

Also See: Who Is Comedian Andy Rowell? Grab All The Details Of This Viral Meme Sensation!

Notaro experienced the deadly three-fear, she went through a breakup, her mother died, and Tig was diagnosed with cancer in both her breast. But Notaro never gave up, she continued her comedy shows and kept entertaining people.

Tig is always known for her fearless performance, on one of the epic shows, the comedian stripped of her shirt went onstage, and talked about her removed breasts, "There was nothing else I was thinking about except all of the hell. I would have felt like a liar if I'd gone out and told some story about getting my wisdom teeth out."

The outstanding performance was held at the LA club Largo, which began with Notaro greeting the crowd in a genial murmur, "Hello, how are you? I have cancer." Tig pondered after a lifetime of overhearing her call herself flat-chested, her breasts had decided, "We're sick of this. Let's kill her."

Following which Tig released the set as an album, and become the number one hit comedy as people loved Notaro's courage and wit. Meanwhile, Tig was recovering from her mental and physical trauma from a double mastectomy.

The comedian said, "My surgery made me realize that I didn't pay enough attention to my body before I had cancer. It wasn't until it was about to be cut into that I realized I'd actually always liked my body. And I didn't want it to change. I was devastated."

Things are better now for Tig as there's no evidence of her cancer; moreover, the 48-year-old comedian is now married, and Notaro is writing a memoir about her mother along with other things.

Here are a few facts that might interest you about this fantastic 48-year-old comedian, let find out about them.

Who is Tig Notaro' Wife?

Tig Notaro is married to Stephanie Allynne; Allyne is an American actress, writer, and comedienne. Stephanie was born on September 19, 1986, in Claremont, California. The couple first met on the set of "In a Word..."

After dating for a while, the lesbian couple decided to finally get engaged on January 1, 2015 and got married on October 24, 2015. Interestingly, both Tig and Steph had never dated a person of the same gender. They both have had a turn of heartbreaks in their past relationship with men.

Tig Notaro Under a Rock

Tig Notaro is a famous comedian whom we all love and know, but the 48-year-old has a very peculiar habit of not knowing famous persons. Be it an Oscar-Winning actor, a celebrity chef, a superstar of the TV; it does not ring a bell for the comedian.

Tig tried to utilize her weakness and came up with an idea to host a show on the internet's one of the most popular comedy platforms, Funny Or Die. On the show, the Comedian interviews famous people she's never heard of.

Well, you can tell how amazing of a person Tig is, she is a total inspiration, Notaro taught us there's more than one way to deal with Tragedy. Tig's method is to invite it in, laugh with it a while, then kick its ass.