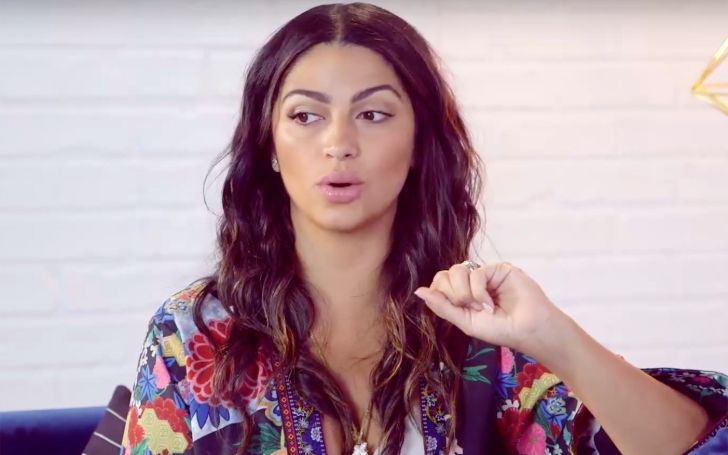 Camila Alves, better known as the wife of Oscar-winner actor, Matthew McConaughey, is a Brazilian-American model and a designer.

Camila and Matthew are one of Hollywood's most loved power couple, but still, there is so much to know about this amazing human, Camila. Here are the top five facts about Brazillian-American Model.

5. Camila Alves was a cleaner

Camila Alves cleaned houses before dating Matthew. Moreover, she worked as a waitress and a house cleaner. After visiting her aunt in Los Angeles, Camila decided to move there permanently.

Also See: What Is Matthew McConaughey's Net Worth? Details Of His Sources Of Income And Earnings!

During her stay in LA, Camila took up various odd jobs like cleaning homes and waitressing at restaurants and cafe. Alves stayed for almost fours years in L.A before finally moving to New York to test her luck and become a model.

Camila Alves' luck favored her as she bagged a gig as the host of Bravo TV's show, Shear Genius, on its third season. Later, Camila became the face of Macy's new clothing line I.N.C. international concepts in 2012.

By far, the model has considerably made her presence on the media, so after meeting Matthew in 2012, Alves launched her lifestyle website named "Women of Today." The site took off and became popular among women of all ages.

3. Camila Alves and Matthew McConaughey are together since 2007

The couple met in 2007, and just like a movie, it was love at first sight; Camila Alves and Mathew McConaughey are going strong ever since.

The power couple got married on June 9, 2012, when Matthew popped the question on Christmas of 2011. Matthew and Camila together share three children; a daughter named Vida McConaughey (6), and two sons Levi McConaughey (8) and Livingston McConaughey (4).

Camila Alves is originally from Brazil, and she spent 15 years of life there until finally deciding to move to Los Angeles. Camila's mother was an artist and a designer, while her father was a farmer.

We think we can all take our time to appreciate this wonderful human, who despite all the hardship, made it her way through New York, and now is a successful entrepreneur.

There's no doubt the couple is the epitome of all relationships, and we could get enough of these two. Camila as a wife is the most amazing person, as she splits her time between New York and Matthews' home in Austin, Texas.

But, there's a thing, Camila's mother detests her son-in-law because the couple was pregnant with their second child while they were not even married. Well, how true is that we don't know but for sure is funny.