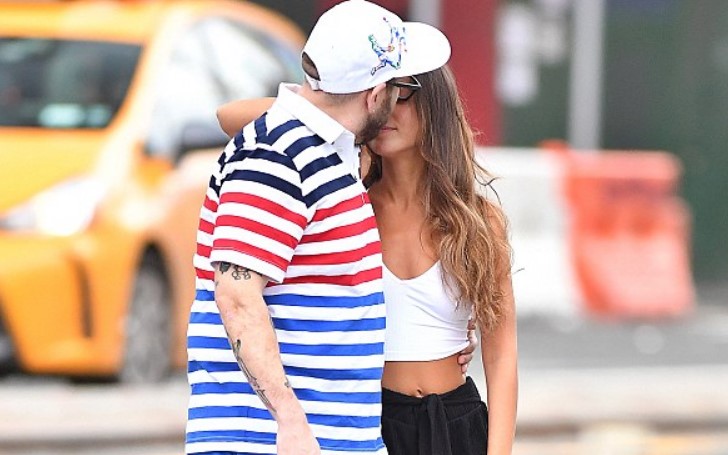 Gianna Santos, the long-term girlfriend of Jonah Hill, is a 29-year-old content creator from New York.

The couple who is engaged now was first spotted in New York in August 2018. The couple was so private about their relationship as no one really knew about their romance.

Following the news of the pair's engagement, the search engine was flooded with 'Gianna Santos' search. So, we did our research too and found some information about Hill's love.

Let's find out some interesting facts about the long-term girlfriend of Jonah Hill.

Gianna Santos, 29, is a content creator from New York City of Manhattan, so it's obvious Gianna is drawn to creative pursuits.

The 29-year-old on her profile states, "I have always been intrigued by and drawn to creative pursuits including fashion's eccentricities, a love for design, and visual displays of fashion."

Gianna Santos is equipped with a Bachelor of Arts in Communication. Moreover, the 29-year-old content creator has Minor in Sociology.

Gianna stressed she has come to appreciate the nuances of gender/cultural/societal trends and strive to translate them into an appealing art form for a specific client-base.

Gianna Santos is the appreciator of simplicity. The 29-year-old content creator's life motto is "Less is More," which is reflected on her work.

Santos works are simple yet appealing to many audiences, as they vastly reflect minimalism. Minimalism is a tool which can assist an artist in finding freedom.

2. Gianna Santos has a sister

Well, we really don't know how many other siblings the 29-year-old content creator has, but according to her Facebook, Gianna Santos has a younger sister.

We checked Gianna Santos' LinkedIn profile and found she worked for the number of companies before finally settling for Content Manager at Violet Grey.

Before Violet Grey, Gianna worked for KITH NYC as a Head Stylist and Producer for three years. The content creator also worked for HBO as Budget Coordinator in Consumer Marketing, for almost two years.