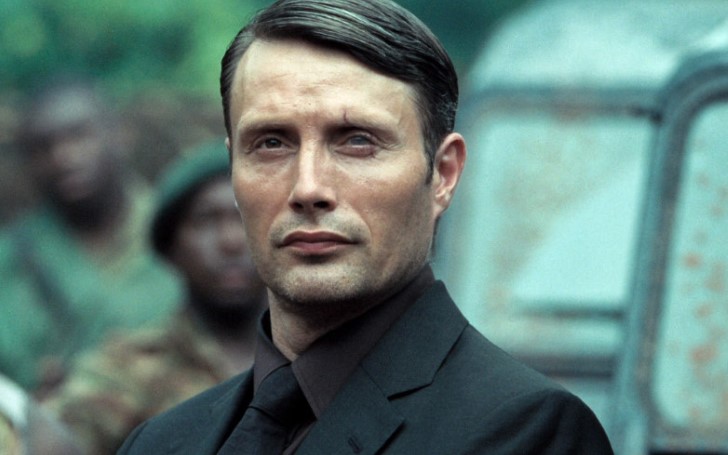 Mads Mikkelsen, born in  Østerbro, Copenhagen is known as the 'success' in the Danish film industry.

Started off his career 1990s, this amazing star helped boom the Danish Film industry itself, with his amazing delivery of actions, he managed to pull the local and international crowds to the theatre.

With several movies to his names, here are the top 5 best movies of Mads Mikkelsen.

Mads Mikkelsen plays the role of Lucas, a former school teacher who is forced to start over his life after a tough divorce and loss of his job. Just when things were lining up and falling back into places, his life shatters when an untruthful remarks push him to uncontrollable situations. As lies spread, Lucas is forced to fight his fight alone for his dignity and life. His amazing portrayal of Lucas won him the Best Actor Award at the 2012 Cannes Film Festival.

Based on the true story of an ordinary man, 'A Royal Affair', is centered around the intriguing love triangle between Queen Caroline Mathilda, King Christian VII and the royal physician who is the man of enlightenment and idealism - Johann Friedrich Struensee played by none other than Mads Mikkelsen himself, who wins the heart of queen and starts a revolution. A ROYAL AFFAIR is the gripping tale of brave idealists who risk everything in their pursuit of freedom for their people.

Based around the year 1096 A.D., this English-language Danish adventure drama film is about a fearsome figure known as One Eye (Mads Mikkelsen). For years, this warrior defeated everyone he encountered but treated like an animal. The only person he has any relationship is with a little boy who brings him food and water. When this pagan warrior escapes his captors with a boy, he joins a group of crusaders on their quest to displacing the society's leaders who happen to be Christians.

In this jet black comedy, an overly-optimistic preacher, Vicar Ivan (Mads Mikkelsen), likes to take part in lost causes and often see the world as happy, good place. Ivan prides himself on his efforts to help those in need by offering a variety of odd jobs around the church and spreading good words. Then Ivan world is challenged by, Adam (Ulrich Thomsen). A decidedly non-reformed psychotic neo-Nazi whom the priest tries to reform.

Set in the 16th century, this epic drama is adapted from Heinrich von Kleist's novella, a classic of German Romanticism, portrays France against a backdrop of feudalism in decline, Michael Kohlhaas (Mads Mikkelsen) a well-to-do horse merchant who resorts to fanatical and violent extremes to obtain justice after a nobleman humiliates him by stealing two of his horses.

Apart from these movies, Mads Mikkelsen success has taken him to foreign lands where he played alongside Gérard Depardieu in 'I Am Dina' (2002) as well as in the Spanish comedy 'Torremolinos 73' (2003) and the American blockbuster 'King Arthur' (2004). He played the role of Dr. Hannibal Lecter in the critically acclaimed NBC series 'Hannibal' (2013), from 2013 to 2015, with great success.