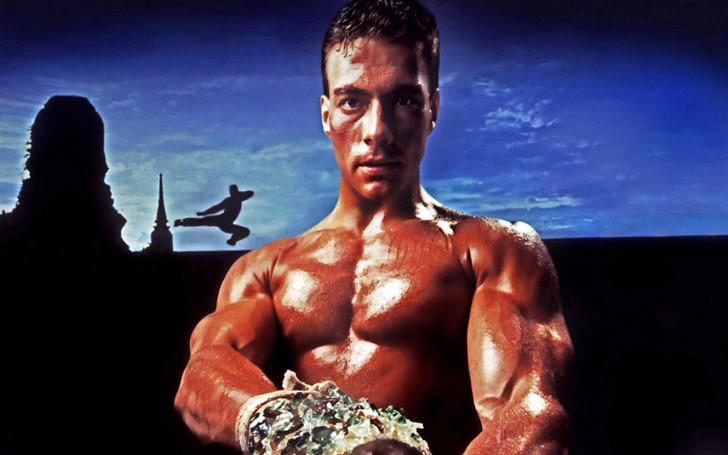 Action movie junkies will recognize these names, Michael Jai White and Scott Adkins. Two of the most beloved straight to DVD superstar of the current generation. Back in the 80s though actions movies were at the forefront.

Arnold Schwarzenegger and Sylvester Stallone were the faces of the movie industry. Terminator and Predator made Arnold a household name and everyone could recite the 'Eye of the Tiger' by heart. There was no stopping these two hulking muscle machines. 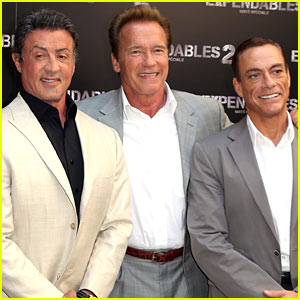 Stallone, Arnold and Van Damme during the promotion of Expendables 2.
SOURCE: Just Jared

But there was another star lurking in the shadows, straight to video star, straight out of Brussels, Belgium, karate black belt and all around nice guy, Jean Claude Van Damme. His rise in the movie industry came as no surprise because it was hard to dislike a guy with his charisma. Even though English wasn't his native language his dialogues made people fall in love with him.

With five foot ten inches height, a chiseled upper body that made every girl turn their heads and a charismatic way of carrying himself, 'JCVD' was made for the silver screen.

Late 80s early 90s action flicks are not for everyone, people can't handle the power ballads, the training montages, the late round power surge. But for those of you that do, here is our Top 6 Greatest Jean Claude Van Damme Movies.

Movies don't get cheesier than this, 'Darren McCord' (Jean Claude Van Damme) dresses up as a goalie during an ice hockey match to send the match into 'sudden death'.

Sorry, lets set this up right, 'Darren McCord' is a former firefighter who quits after being unable to save a child from a fire. He starts working as a fire inspector and a security guard when at an ice hockey match with his kids 'McCord' discovers that a criminal conspiracy is afoot. Vice President of the United States is captured and the whole stadium is rigged to blow at the end of the match. To top it all of his daughter gets kidnapped, when will these villains ever learn not to touch a man's daughter! So, no help from anywhere, he takes the matter into his own hands.

The events that ensue are campy, fun and ridiculous but what can you expect from a 90s action film. Movies should make you smile, make you happy you spend time watching it, Trust us, this one will definitely make you smile.

Box-Office numbers for Sudden Death is not good, struggling to even recoupe its budget but it found new life in home media where it has grossed more its all-time box-office receipt. 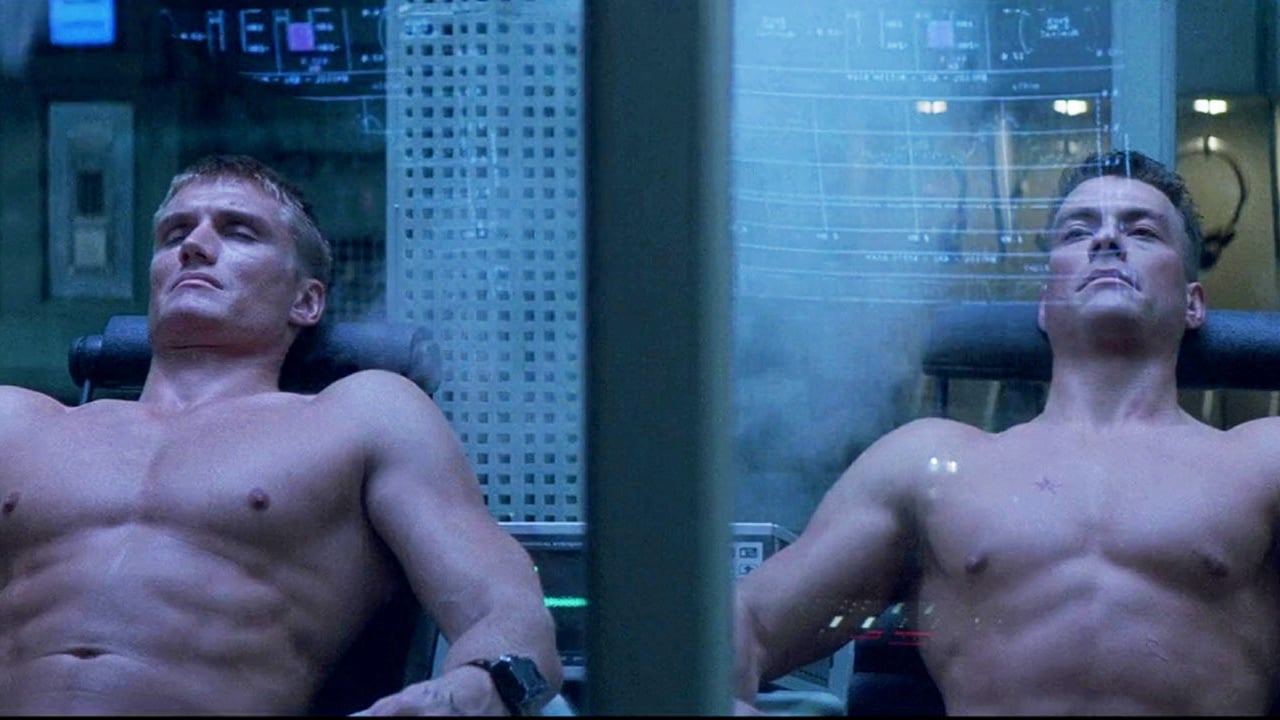 Jean Claude and Dolph during the filming of Universal Soldier.
SOURCE: movies tosinlaguda

A dead Vietnam soldier comes back to life after experimentation by a secret government organization. Do we even need to say more than that? Ok! Jean Claude plays a Vietnam veteran, 'Luc Deveraux', who dies in 1969, and is brought back to life by a secret government project, 'Univeral Soldier'. He escapes along with a journalist after he recovers his erased memory and along the way, meets his archenemy, Sgt. 'Andrew Scott', a deranged megalomaniac. He wants to kill 'Luc and' lead Universal Soldier.

It is a generic action programmer but what makes it stand out is the rivalry between Dolph Lundgren and JCVD. Dolph is a perfect villain and after his initial success, Jean is finally coming into his own as a leading action man.

The sequels have ruined the series but the original will always be a cult favorite.

Everyone loves a good villain, every movie is elevated by a good villain. When Expendables 2 was announced with Jean Claude as the villain, every action movie buff stood up and took notice. And man was it worth the long wait! Finally, we got to see Arnold, Jean Claude, Stallone, Dolph, Willis, Norris in the same movie shooting guns and taking names. That final fight, we could not stop grinning, all our childhood aspiration in a single screen, together.

If you love the 80s action, nothing gets better than this nostalgia-filled thrill ride.

Timecop is like a check mark on Jean Claude's list of movies an action star is supposed to do. Go check out any of the 80s and 90s action stars IMDb page and you will find at least one big to semi-budget sci-fi thriller. Timecop was Jean's foray into sci-fi, the highest grossing movie of his career, we won't spoil anything here because you have to check this movie out. Be honest that photo has you intrigued, isn't it? 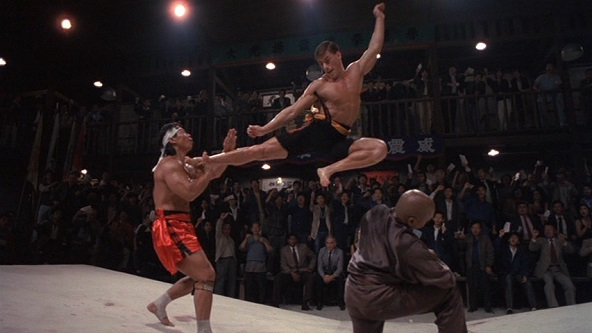 Jean Claude during the penultimate battle of Bloodsport.
SOURCE: alex on film

Action movie heroes are rarely known to be vulnerable, especially in the 90s. Action hero, by definition, were bare-chested, thick-necked, no-nonsense, shoot em up, macho men. This movie though brought a sense of vulnerability to the character. Jean is blind almost for the entirety of the movie, makes him a likable character, and gives him an underdog status which almost none of his movies had attempted before or since then. Before the movie starts, the screen shows, "based on a true story", don't read too much into that and just enjoy almost two hours of joyous, sweaty, action. 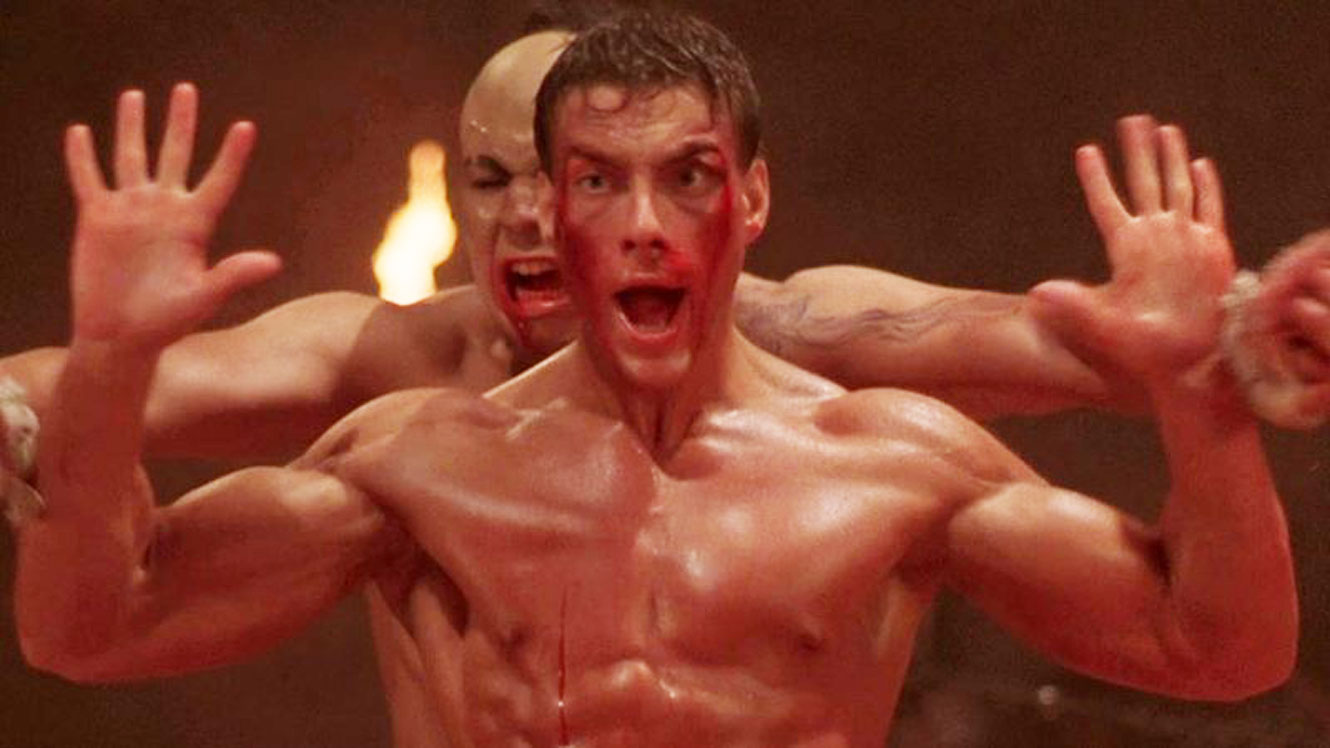 One of the greatest training montages, by great we mean long and excruciating. A score that can make you feel good at any time. And finally, a movie that you can put on at any time, day or night, and still you will enjoy every second of it. Very few movies, we can say, can do that. Also, it has one of the funniest drunk dance you will ever see.

Watch: One of the most iconic and memorable on-film drunk dance

Everything combined Van Damme has put together a respectable career. Though his catalog of movies is not for everyone, action movie buffs will love every single entry on it. Put on any Van Damme movie and enjoy one of the greatest to ever do it.