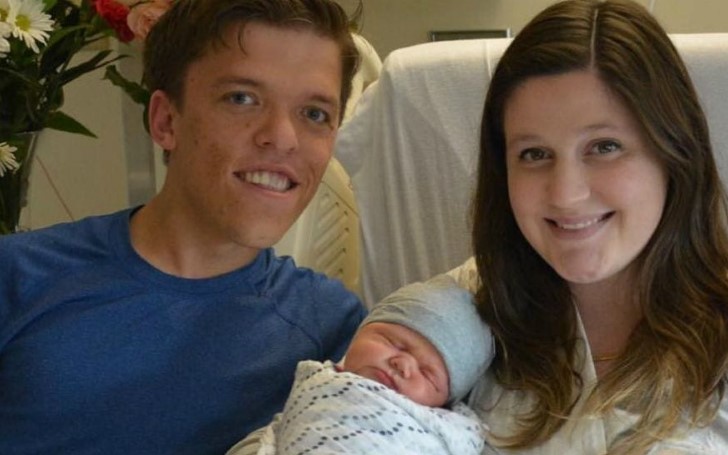 'Little People, Big World' star Tori Roloff is concerned over her pregnancy in the summer.

Recently, Tori Roloff was seen soaking up her first son Jackson on the kiddie pool and included a temperature which read 80 degrees. She added the summer was going to be interesting.

Mom Roloff, however, took down the photo from Instagram but according to her post, she indicated she is expecting her second child and complained about the hot weather as well.

Happy birthday to our sweet (not so) baby J! I can not believe I have spent 2 years of my life with this kid. It goes by way too fast. Jackson you are so confident and I have loved watching your personality develop. You are becoming so silly and always up for a good time! You are so easy going and smart. I pray that you continue to face life head on the way you do and continue to bring smiles to everyone’s faces effortlessly. I love you so much Jackson! Happy birthday! Can’t wait to see what is ahead this year! thank you to everyone who came to celebrate with us and passed along sweet notes to me! 💙 #babyjroloff #zandtpartyofthree

It's certain that Tori is excited to welcome a second child but she is a bit edgy about being pregnant in the summer. Though the summer is yet to start, the Roloff mom is feeling the heat already.

'Pregnancy in the summer. This is going to be interesting, It's hot.'  Tori wrote on her post on Instagram.

In a recent Q&A, Little People, Big World star said she is due in November and it certainly looks like it will be a long difficult journey for her and Roloffs.

Read Also: Teen Mom 2's Maci Bookout Is Pregnant Again, Is It For Real Or Is Just A Rumor?

The 27-years-old TLC star said she had little to no symptoms with her first Jackson. However, this time around, she is experiencing all the symptoms of pregnancy and its getting already hard for her and this hot weather is adding more to it.

Zachary and I are so excited to announce that Jackson is going to be a big brother! We are expecting a sweet baby girl this November! 🎀 Thank you so much for always supporting our family and loving us! #zandtpartyoffour #babyroloff #babyjroloff #moniqueserraphotography 📷: @moniqueserraphotography

Recommended: Kane Brown and his Wife Katelyn Pregnant with their First Child; 'I'm Gonna Be A Daddy'

After two years, TLC personality is expecting her second child which she along with her husband announced on May 13. The couple added they want more kids in the future.