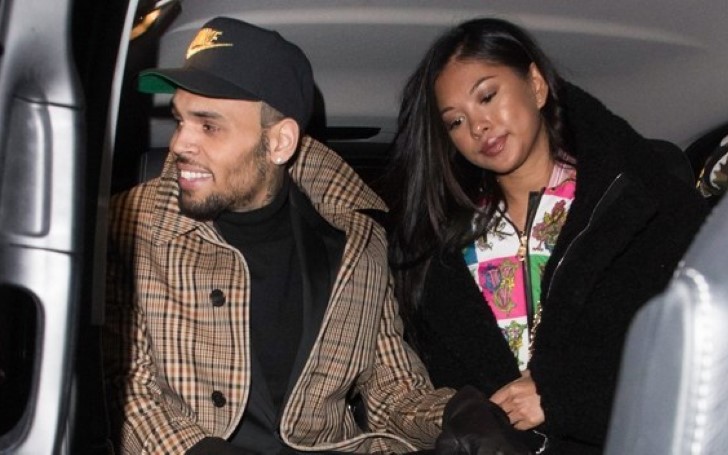 Rumors circulating that Chris Brown is about to be a father after he left an interesting comment on his alleged girlfriend Ammika Harris’ recent pic.

Is Chris Brown going to be a father again?! This is the question floating around in every fan's head as the 30-year-old singer took to the comment section of his rumored girlfriend Ammika Harris‘ Instagram pic to indicate he was calling her a “baby mama”.

In the Instagram post, Ammika, 25 is seen holding a basketball while smiling and posing in an arcade room right in front of a basketball set-up.

Chris posted two comments on the post first of which read, “Yup,” while the second one went like, “BM BAD,”. In mere seconds of these comments dropping, fans took it upon themselves to comprehend what “BM” could mean.

As it turns out that most people tend to use those letters to refer to the term “baby mama”. Fans can't help but dwell on the question, is Ammika about to be Chris’ baby’s mama? Fans expressed their enthusiasm about the subject on Instagram.

Don't miss: Chris Brown in Custody in Paris After a Woman Filed a Rape Complaint

“BM? ,” one fan inquired, while another maintained,

“So y’all having a baby  or not @chrisbrownofficial you ain’t getting no younger,”

“So that’s your BM @chrisbrownofficial ??? Interesting ”

While many stood firm grounds on the possibility others took a different route when they responded by stating that there is a high probability that he’s either trolling the public or “BM” could stand for “baby making” or “best mate”.

You may also like: Kim Kardashian Gets Brutally Body-Shamed By Bachelorette's Melissa Rycroft!

Well, only Chris Brown can quench our thirst for the truth at this point.